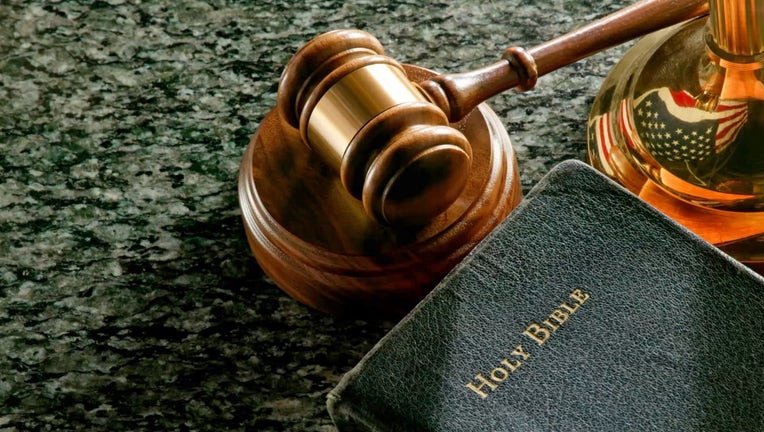 Stock image of a gavel next to a Bible.

CHARLOTTE, Mich. - The former pastor of a mid-Michigan church has pleaded guilty to embezzling hundreds of thousands of dollars from the church over several years, prosecutors said.

Douglas Hammond pleaded guilty as charged to one count of embezzlement over $100,000 during a court hearing earlier this month in an Eaton County court, the Lansing State Journal reported.

Prosecutors said Hammond stole $285,000 from Olivet Assembly of God Church over nearly six years, from January 2014 through November 2019, when he was a pastor there.

Hammond’s attorney, David Carter, said his client pleaded guilty on Nov. 12 because he "wanted to do what was right."

"He understands that he has disappointed his family and the church on so many different levels. He hopes that his family and church can one day forgive him as he seeks forgiveness with a repentant heart," Carter told WSYM-TV.

Yvonne Good, the treasurer of Olivet Assembly of God Church, said the church was not interested in commenting on the case.

Carter declined to comment on what Hammond did with the stolen money, but said there were "a lot of special circumstances" with the case.