Local election clerks in Michigan downloading absentee ballots for residents overseas were given ballots that listed Trump's Republican running mate as Jeremy Cohen, who is the Libertarian Party candidate for vice president, the Michigan Secretary of State's office said.

Vice President Mike Pence wasn't on the ballot next to Trump. Cohen, whose nickname is "Spike," is running with Jo Jorgensen.

It was a "temporary error" that was fixed within 90 minutes Tuesday, said Tracy Wimmer, a spokeswoman for Michigan Secretary of State Jocelyn Benson.

"Approximately 400 ballots were downloaded by clerks during this period; we don't know how many were sent," Wimmer said.

Clerks were told to reissue correct ballots and tell voters to ignore the erroneous ballot if they received one.

"If a voter does happen to return the incorrect ballot instead of the correct ballot, it will still count. The clerk will be instructed to duplicate a vote for Trump onto a ballot for Trump/Pence," Wimmer said.

The city clerk in Livonia, Susan Nash, said her office hasn't downloaded any erroneous ballots, but she has heard about the problem.

"I think it's embarrassing. ... It's just one more thing for clerks to take care of," Nash told the Detroit Free Press. 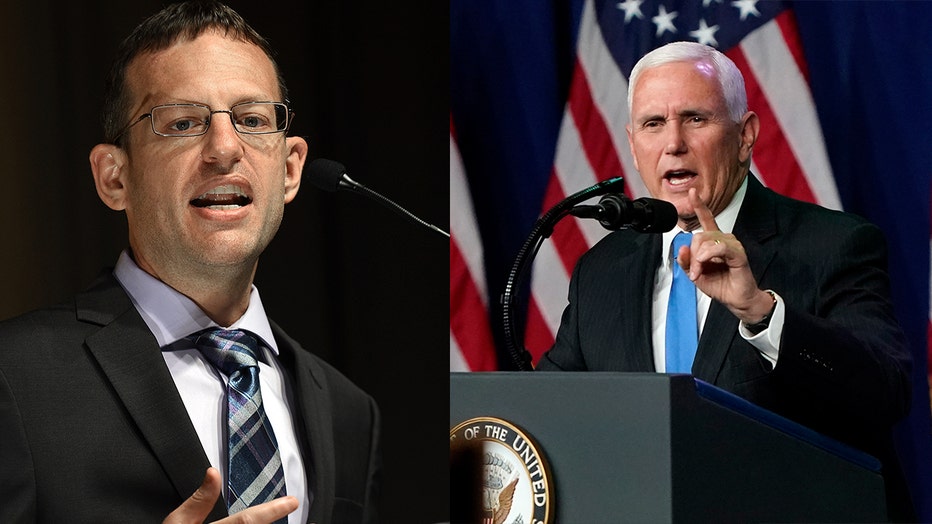 Jeremy "Spike" Cohen (left), the 2020 vice presidential nominee of the Libertarian Party, addresses delegates at the 2020 Libertarian National Convention at the Orange County Convention Center. Vice President Mike Pence speaks on the first day of the