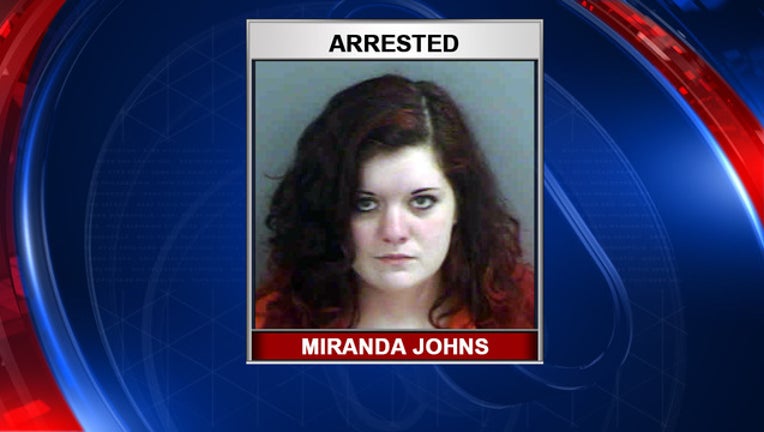 NAPLES (FOX 13) - A Florida woman has bonded out of jail after being arrested on three counts of having sexual contact with animals.

Miranda Johns, 21, posted $6,000 bond Monday.  According to the News-Press, deputies were tipped off while investigating a separate sexual battery case involving Johns.

The newspaper reports that a man accused in that case showed deputies videos of Johns engaging in oral sex with two dogs.  She had allegedly sent the videos to the man, along with images.

LINK: More from the News-Press