After orbiting the near-Earth asteroid Bennu for nearly two years, NASA’s OSIRIS-REx spacecraft planned to collect a sample from its surface.

LOS ANGELES - How did our solar system form? How can we prevent an asteroid-Earth collision? These are just some of the questions NASA hopes to answer by bringing part of an asteroid home for the first time in U.S. history.

After orbiting the near-Earth asteroid Bennu for nearly two years, NASA’s OSIRIS-REx spacecraft collected a sample from its surface on Tuesday.

“This is the first time that Nasa will be collecting a sample from an asteroid to bring back to Earth to study,” Jason Dworkin, a project scientist with the OSIRES-REx mission, told FOX TV Stations. 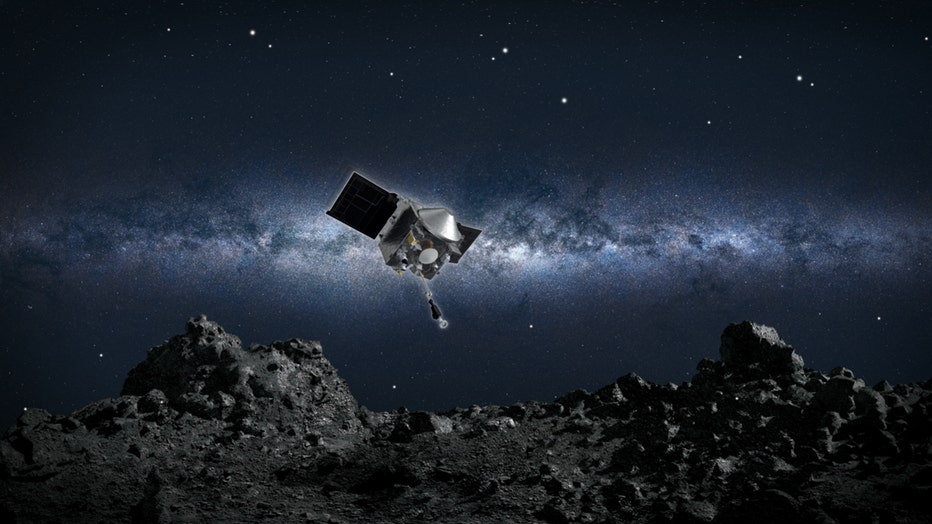 The touch-down surface named Nightingale is limited to a 5-10 meter radius, the length of approximately six parking spaces, while the spacecraft is roughly the size of a large van. This makes the mission’s margin for error small and thus a greater challenge.

The spacecraft landed at 6:12 p.m. ET and will collect a sample between 2 ounces and 4.4 pounds.

If the mission runs smoothly the sample will be returned to Earth on Sept. 24, 2023.

Behind the OSIRIS-REx mission

The OSIRIS-REx mission — which stands for Origins, Spectral Interpretation, Resource Identification, Security-Regolith Explorer launched in 2016, and is led by the University of Arizona. The spacecraft started mapping the asteroid’s surface as soon as it arrived in 2018.

The spacecraft and its cameras began studying the asteroid by collecting data and images to help the team understand its composition and potential landing sites.

RELATED: NASA spacecraft heads off to asteroid to bring back samples

“As we did more and more studies, it became clear that Nightingale was scientifically better,” Dworkin revealed.

The OSIRIS-REx spacecraft was originally designed to collect the sample on a smoother surface. However, images of asteroid Bennu revealed the surface had a rocky topography.

In addition, the asteroid is very small — only 500 yards across, making Bennu’s size and composition challenging for the team.

In 2019, Heather Enon, the deputy principal investigator for OSIRIS-REx said, “We had to change some of our calculations and the way we analyze the surface a lot over the last couple of months to take into consideration that we have a lot of large boulders in our way.”

75% of the sample that is collected will be archived for future generations.

“People not yet born can come up with new ideas, new ways of asking the sample questions and look at things in ways we haven’t thought of today,” Dworkin noted. “By looking at these fragments of the earliest solar system, ancient rocks and dust and organic compounds, minerals, grains to help us understand how the solar system got put together.”

Also, NASA will continue to monitor Bennu, as asteroids can pose potential hazards.

“Bennu has a chance of hitting Earth in well over 100 years, but by learning how to maneuver around this object — getting the sample and studying it — we can learn better how to move asteroids if we need to,” Dworkin said. 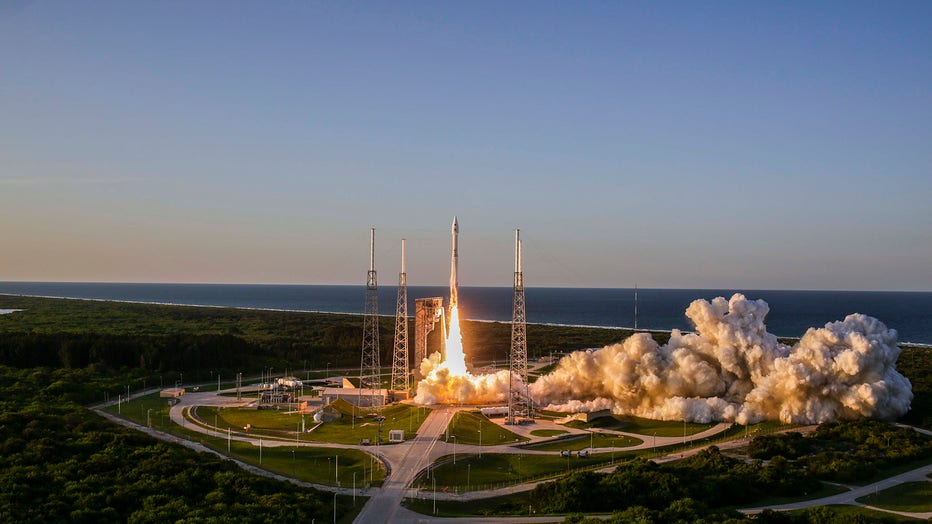 “I’ve spent the better part of my career on this mission starting in 2004. It’s an exciting day. You have to be patient to be in planetary science, and so I’m really looking forward to having a successful day,” Dworkin revealed. “It’s a little nerve wracking, but I can’t wait until we can get that sample and tell the world about what we’ve discovered.”