Dozens of people camped out overnight at one of the two locations in Michigan that is carrying an expensive graphics card coveted by gamers alike.

NOVI, Mich. - Dozens of people camped out overnight in front of a Best Buy in Novi in a setting you're more likely to see on Black Friday than the beginning of June.

But it's not Friday and it's not a shopping spree full of discounts these eager patrons sleeping on the sidewalk of the retailer are waiting for.

Instead, it's a $1,200 graphics card released to the public for the first time today.

This tiny chip called an RTX 3080 Ti graphic card, is ideal for 4K gaming that delivers "the ultra performance that gamers crave," according to the manufacturer's website.

The coveted piece of tech is only being sold at two locations in Michigan, both Best Buys. One in Kalamazoo and the other in Novi - each carrying only 50 chips.

"Basically it runs your PC and the better the card, the more things you can run," said Christopher Shelby, who camped out overnight to get a spot in line. "So for me, I'll probably be playing a lot of Fortnite with it."

According to reviews of a previous edition of the same chip, the 3080 card delivered the kind of speed and quality of gaming for a "relatively" cheap price of $699.

But a global shortage demand that's impacted everything from cars to video game consoles has also made getting one's hands on the piece of tech an expensive accomplishment. Prior to the pandemic, one chip cost $699. Street prices went as high as $2,000 for months last year. 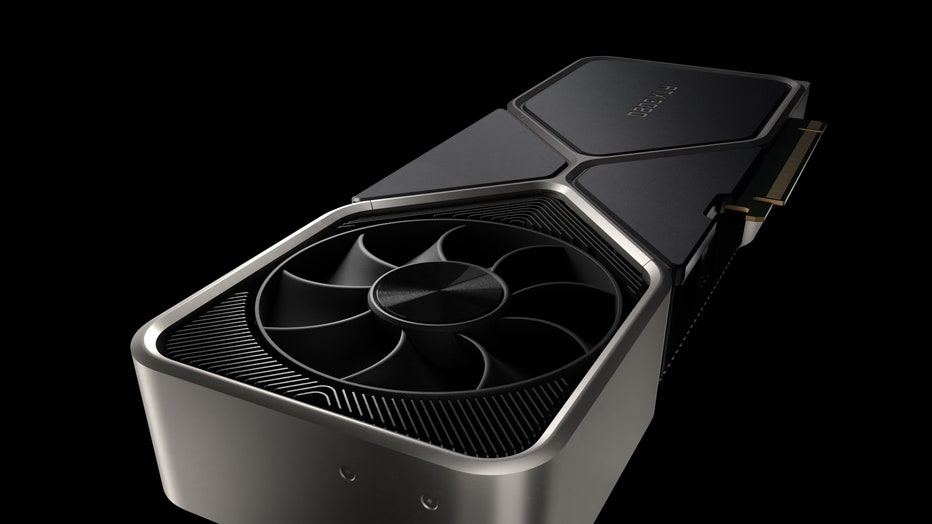 Those same reviews however found almost every game performed at a better speed with the new model plugged in. The differences in quality may not be obvious to someone who seldom or doesn't play video games, but that's probably why those in line wouldn't count themselves in that group.

Only 81 Best Buy locations are selling the chip.

To prevent people from hogging every chip, employees handed out vouchers guaranteeing people only one product per person.