DETROIT (FOX 2) - Detroit Demonstrators continue marching for change two weeks after the murder of George Floyd. Protesters marched to the site of the infamous killings that sparked the rebellion in the summer of 1967.

That was where they heard from more seasoned activists who urged them to keep things going, to keep marching and to keep fighting. One of them told the group that at 11 days they had people nervous and at 111, they will make them afraid.

Detroit Demonstrators continue marching for change two weeks after the murder of George Floyd. Protesters marched to the site of infamous killings that sparked the rebellion in the summer of 1967.

"You are our hope, you are the promise ... everything that we've done, has been for this moment for you to recognize your value and your worth," said activist Monica Lewis Patrick.

Demonstrators were moved to tears at the words of Patrick. The seasoned activist was one of many sharing words of wisdom and encouragement on the 11th night of protest in Detroit against systemic racism and police brutality.

"We don't have to live like this, that is a good message and I want them to keep walking," said one of the more experienced activists in attendance. "Some of us have taken the fight this far, and it is appropriate that these folks with younger knees carry this fight on." 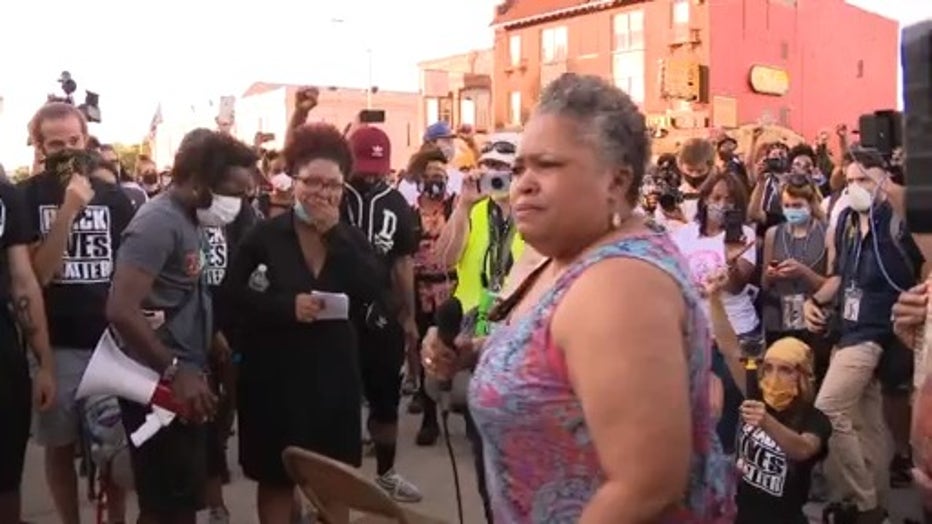 The fight took a stop at the site of the old Algiers Motel on Woodward and Virginia Park. That's where three black unarmed teens - Carl Cooper, Aubrey Pollard and Fred Temple were killed during the 1967 rebellion. The three white officers accused of killing them, were exonerated.

"What I need to make sure you do is that not only - as has been stated - connect what happened here at 8301 and the history and legacy of revolutionary resistance in this city," Patrick said. "But I need you to connect it to what is happening around the fact that our schools are being de-funded. We had over $600 million dollars that were redirected to Dan Gilbert.

The organizers urged protesters to link their fight against police brutality to the fight against corporate welfare and ending water shutoffs.

The 11th night of demonstrations, was, again a peaceful one. Russell Jackson from the non-profit The General Baker Institute, addressed the issue of non-Detroiters involvement in the protests.

"If you come to the city and you are an anarchist and you want to just bomb something, break some windows, tear up some businesses, (myself) and my crew, we can't use you," Jackson said. "But everybody else, I don't care if you come from Antarctica, Hawaii, Grand Rapids, Oakland County, we need you. We want you. We want you to be a part of this demonstration." 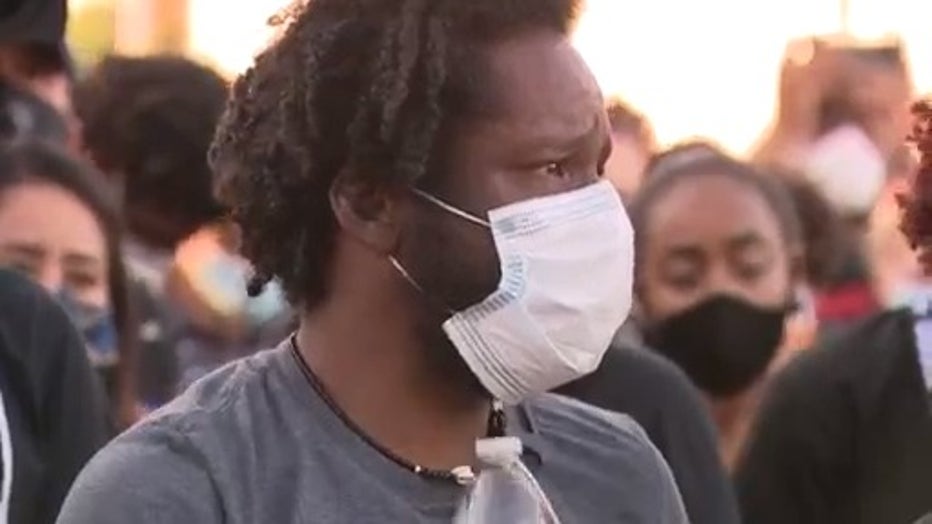 Those leading the protest plan to meet with Mayor Mike Duggan Tuesday with their list of demands and plan to discuss water shutoffs.

The rallying cry of Defund the Police has emerged for many, it is not necessarily getting rid of police officers in their entirety, but redirecting some of those funds to things like housing, poverty, education and social services to keep crimes from happening. It means to reimagine what policing can be, although some would like to abolish police as we know it.