GROSSE POINTE, Mich. (FOX 2) - A Grosse Pointe Woods man is suing the superintendent of the Grosse Pointe Public School System along with the district and board of education.

After being banned by the district, Steven Saigh is alleging an abuse of power and says his rights were violated.

After being banned by the district, Steven Saigh is accusing it of an abuse of power and says his rights were violated.

"There must be consequences for their bullying behavior and their abuse of power," Saigh said.

Saigh said in October, the district's superintendent sent a letter banning Saigh from school property. In the letter, Saigh's actions over the last year were called "mean, nasty and uncalled for."

The letter also claims Saigh has an explosive temper and short fuse - and was seen carrying a concealed pistol at a football game.

"I've done nothing, nothing in this letter that he claims," Saigh said. "They may not like the way I write my emails, they might be colorful. There's never been any threats that Gary claims in these letters."

Saigh's daughter recently graduated from Grosse Pointe North High School. He says his son will be attending next year and he wants to go to his freshman orientation next week, and shouldn't be punished for simply criticizing the high school’s current administration.

"You can't just simply say because you come in and you tell the administration that you don't think they are doing their job right, that they can then say, well we don't like to be criticized, therefore we have the ability to ban you," Schwartz said.

Superintendent Gary Niehaus says banning Saigh was necessary and in his words "enough is enough."

"This particular gentleman doesn't have a son in the high school currently, so we felt we were not denying him of anything that he needed at that particular time," Niehaus said.

The superintendent says Saigh has sent more than 600 emails in the last 15 months and has said he would do "whatever is necessary" to replace the school's athletic director.

"I have got literally a stack this thick of emails," Niehaus said.

While Saigh and his attorney say they don't want any money, they just want Saigh to be able to attend his son's student orientation. Niehaus says that's fine.

"All he has got to do is ask, we'll give him permission to come," Niehaus said. "He needs to be there for his son's orientation." 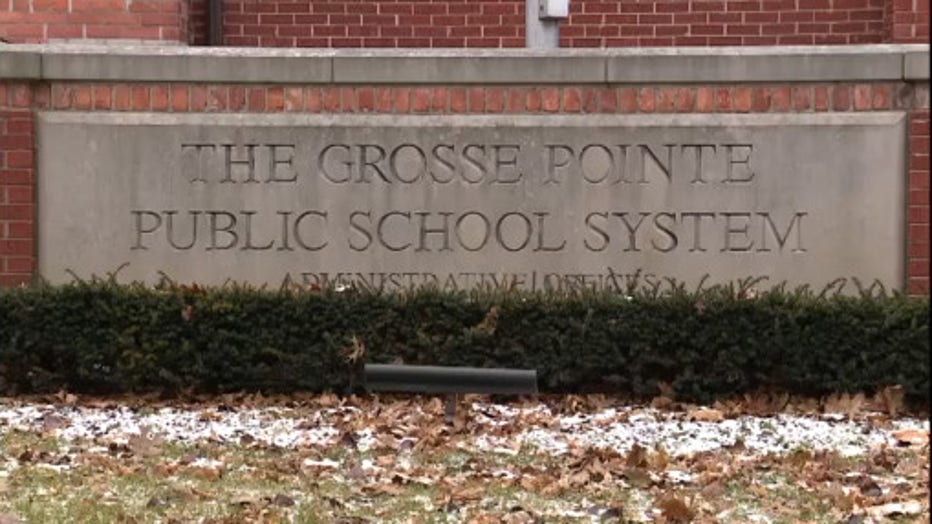