President Trump says F35 fighters could be coming to Selfridge

Selfridge up for consideration to get the F35s in 2017 but didn't make the cut even with a 140 page proposal, billboards and a promotional video.

“Immediately I just smiled from ear to ear and I have been thinking to myself 'this is what we have been waiting for,” Hackel said.

And Thursday, breaking news from the President.

“I know everybody here in Michigan supports our great armed forces as much as any place and that's why we are giving strong consideration to deploying some of our mighty F35s to Selfridge Air National Guard Base,” President Trump said.

“There has been a full-court press to try and get those over here to Selfridge so to hear him say that kind of meant to me that he's listening,” Hackel said.

Selfridge up for consideration to get the F35s in 2017 but didn't make the cut even with a 140-page proposal, billboards and a promotional video.

Hackel says getting them could make the base even more viable.

“Hundred million dollar plane and you bring in 20 of them, you're talking 2-billion dollars’ worth of assets coming here,” he said. 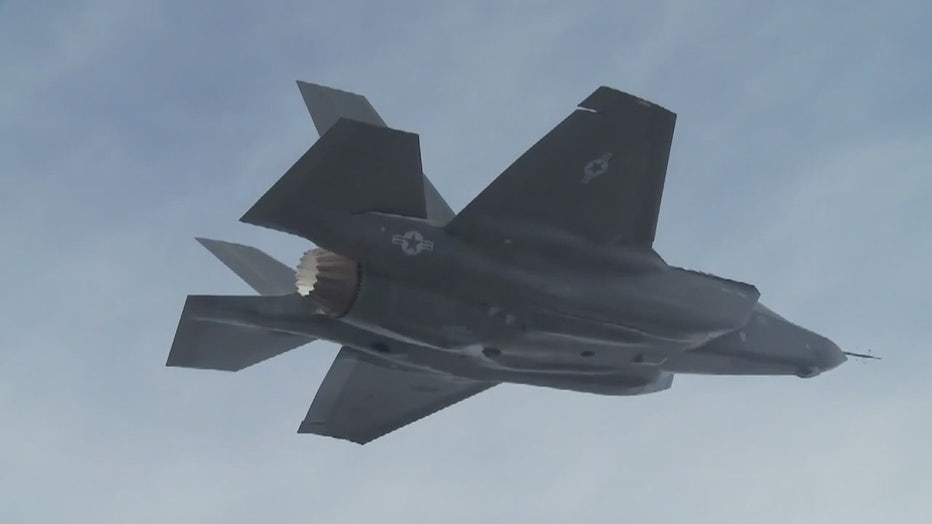 The campaign has been a bi-partisan one.

“Partisan aspect never played into this it was everybody coming together saying hey this is great for the state and the region,” he said.

Hackel says he's hearing a decision likely to be made by March.

Choosing Selfridge would be a solid political move by President Trump to satisfy Michigan Republicans, a key base for the 2020 election.

“So Selfridge you're going to see a lot of very fast planes actually they are totally stealth maybe you won't see them come in but they are coming in,” President Trump said.