The life and legacy of Queen Elizabeth II

LONDON - Queen Elizabeth is the United Kingdom’s longest-serving monarch, at 70 years, and her death Thursday marks the end of an era.

What happens when the queen dies? How quickly does her successor take the throne? It's all spelled out in a plan reportedly dubbed "Operation London Bridge." Here is a look at what’s happening now that Britain is getting a new monarch.

When did Queen Elizabeth become queen? 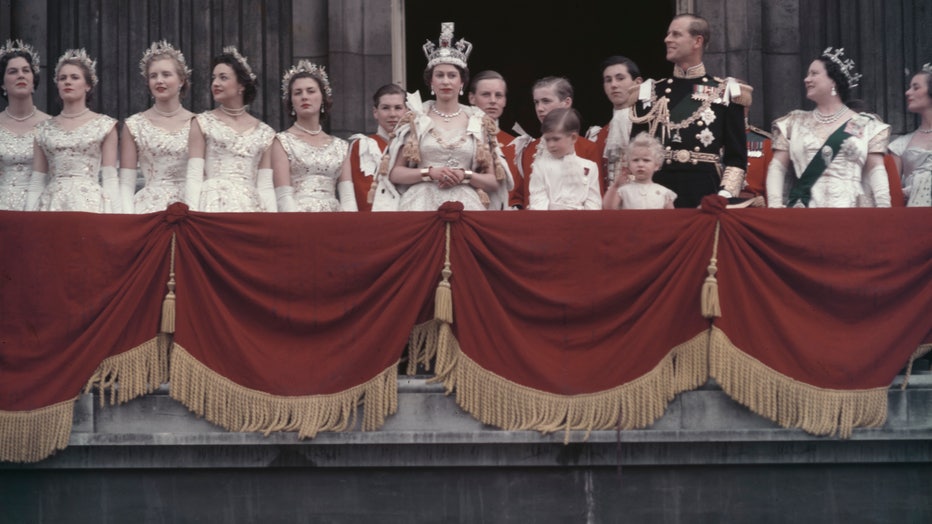 Queen Elizabeth II and the Duke of Edinburgh wave at the crowds from the balcony of Buckingham Palace in London, after Elizabeth's coronation, 2nd June 1953. (Photo by Fox Photos/Hulton Archive/Getty Images)

The young princess was 25 when she embarked on a tour of the Commonwealth in place of her ailing father. She was at a remote Kenyan lodge, where she and her husband Prince Philip watched baboons from the treetops, when she heard her father had died.

She immediately returned to London, disembarking the plane in black mourning clothes, to begin her life as queen.

She reigned until her death, with crown and scepter on big occasions, but more commonly wearing a broad-brimmed hat and carrying a simple handbag.

Throughout her reign, she witnessed the end of the British Empire, the advent of multiculturalism, the rise of international terrorism, and the challenges posed by Brexit and the COVID-19 pandemic.

Who is Queen Elizabeth’s successor? 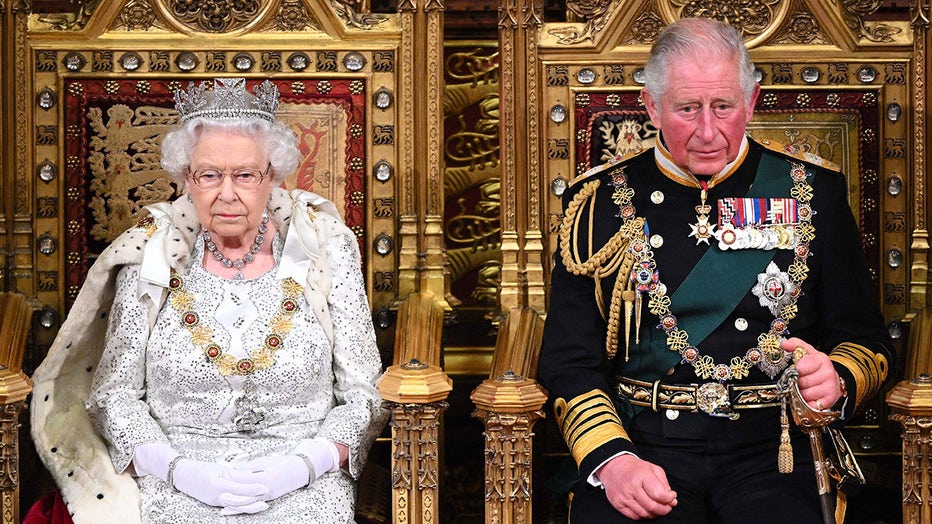 Queen Elizabeth II and Prince Charles, Prince of Wales during the State Opening of Parliament at the Palace of Westminster on October 14, 2019 in London, England. (Photo by Paul Edwards - WPA Pool/Getty Images)

Queen Elizabeth’s successor is her eldest son Charles, former Prince of Wales and now King Charles III. He is married to Camilla, the Duchess of Cornwall.

Earlier this year, Queen Elizabeth announced her "sincere wish" that Camilla be known as "Queen Consort" once Prince Charles takes the throne. The message tied up a loose end that hung over the House of Windsor since Charles’ divorce from the popular Princess Diana.

It took years for many in Britain to forgive Charles, the man whose admitted infidelity brought such pain to "the people’s princess" before she died in a Paris car crash in 1997. But the public mood softened after Charles married Camilla Parker Bowles in 2005 and she became the Duchess of Cornwall.

King Charles’ eldest son, Prince William, Duke of Cambridge, is now next in line to inherit the throne alongside his wife, Catherine, the Duchess of Cambridge.

When will Charles be crowned king? 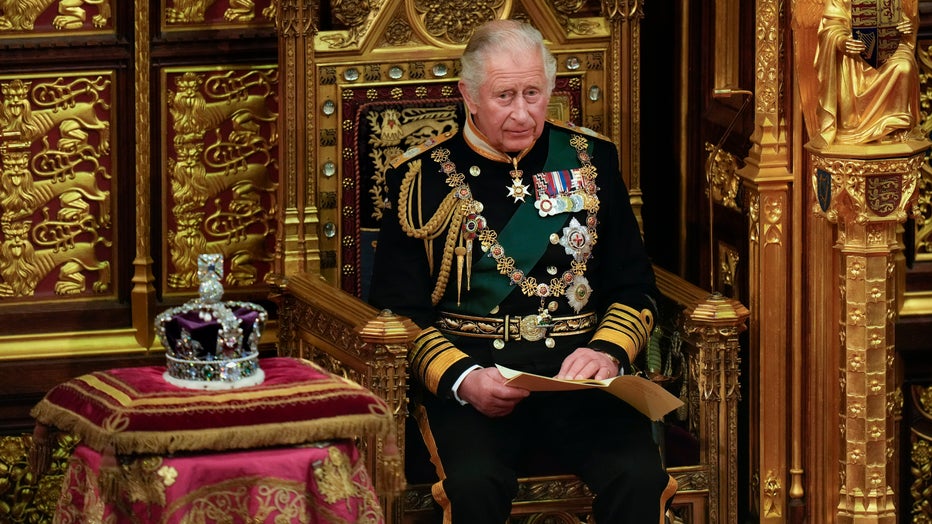 Prince Charles became king the moment his mother, Queen Elizabeth II, died. He was with her at Balmoral Castle in Scotland, along with the rest of the family, when she passed.

"A new Sovereign succeeds to the throne as soon as his or her predecessor dies and is proclaimed as soon as possible at an Accession Council in St. James’s Palace," according to the royal website.

Following the council proclamation, a public proclamation will be read aloud, also at St. James’s Palace in London.

The proclamation will also be read aloud publicly in Edinburgh, Cardiff and Belfast. In each city, the accession is traditionally proclaimed at several different spots, according to the royal website.

King Charles released the following statement on his mother's death: 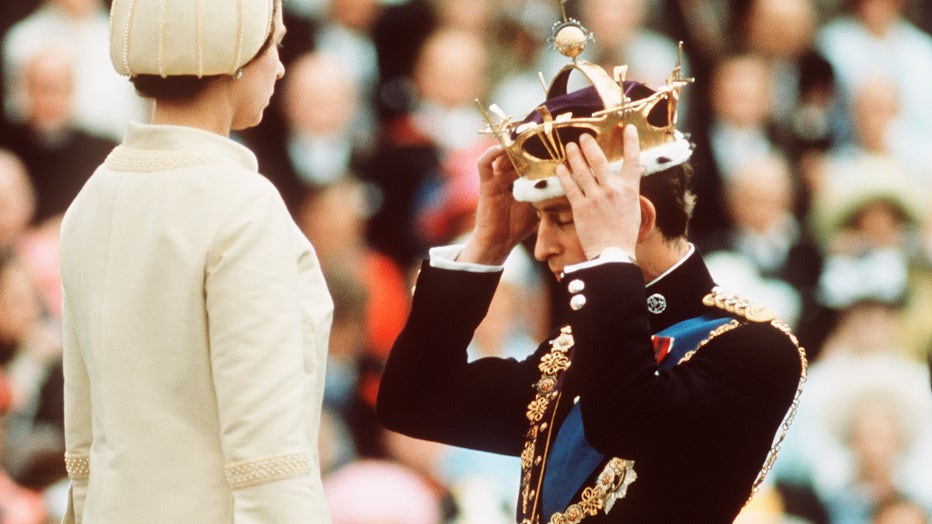 Prince Charles kneels before Queen Elizabeth as she crowns him Prince of Wales at the Investiture at Caernarvon Castle on July 1, 1969 in Wales. (Photo by Anwar Hussein/Getty Images)

King Charles’ coronation will come next, though, according to tradition, it won’t happen for several months. No date has been set.

"The coronation of the new Sovereign follows some months after his or her accession, following a period of mourning and as a result of the enormous amount of preparation required to organise the ceremony," according to the royal website.

The coronation will be a big, celebratory event that includes British officials and foreign leaders from countries around the world. It’s "an occasion for pageantry and celebration," but it’s also a solemn religious ceremony and will likely be held at Westminster Abbey as it has been for the last 900 years.

During the ceremony, King Charles will take the coronation oath.

Then, while sitting in King Edward’s chair from 1300, he will be anointed, blessed and consecrated by the Archbishop of Canterbury, who is the traditional ceremonial leader. King Charles will then receive the orb and sceptres, and the Archbishop will place St. Edward’s crown on Charles’ head.

Camilla may also be crowned as Queen consort during the ceremony.

What will Charles do as king? 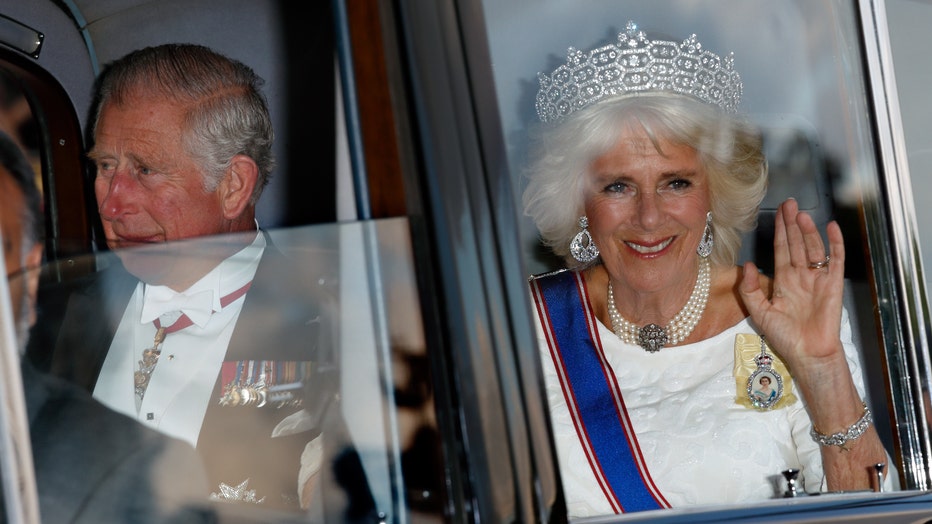 Prince Charles, Prince of Wales and Camilla, Duchess of Cornwall attend a State Banquet at Buckingham Palace on day 1 of the Spanish State Visit on July 12, 2017 in London, England. (Photo by Max Mumby/Indigo/Getty Images)

While there is no formal constitutional role for the heir to the throne, King Charles III will seek, with the support of his wife, The Duchess of Cornwall, to do all he can to make a difference for the better in the UK and internationally, according to the royal website.

His accession to the throne is likely to fuel debate about the future of Britain’s largely ceremonial monarchy, seen by some as a symbol of national unity and others as an obsolete vestige of feudal history.

"We know the monarch and certainly the monarch’s family – they’re not meant to have political voices. They’re not meant to have political opinions. And the fact that he’s been flexing, if you like, his political muscle is something that he will have to be really careful with ... lest he be seen as unconstitutional," said historian Ed Owens, who wrote "The Family Firm: Monarchy, Mass Media and the British Public, 1932-53."

Charles, who will be the head of state for the U.K. and 14 other countries, including Australia, Canada, New Zealand and Papua New Guinea, has defended his actions.

"I always wonder what meddling is, I always thought it was motivating," he said in "Prince, Son and Heir: Charles at 70," a 2018 documentary. "I’ve always been intrigued if it’s meddling to worry about the inner cities, as I did 40 years ago and what was happening or not happening there, the conditions in which people were living. If that’s meddling, I’m very proud of it."

In the same interview, however, Charles acknowledged that as king, he wouldn’t be able to speak out or interfere in politics because the role of sovereign is different from being the Prince of Wales.

Charles has said he intends to reduce the number of working royals, cut expenses and better represent modern Britain.

This story was reported from Detroit. The Associated Press contributed.