Planned Parenthood Advocates of Michigan - along with the ACLU, activists, doctors and abortion providers gathered to turn in the signatures needed to get the initiative Reproductive Freedom for All on the November ballot.

FOX 2 - Planned Parenthood Advocates of Michigan - along with the ACLU, activists, doctors and abortion providers gathered to turn in the signatures needed to get the initiative "Reproductive Freedom for All" on the November ballot.

"The people of Michigan are turning in 753,759 signatures to enshrine into the state constitution the right to reproductive freedom," said Shanay Watson-Whittaker.

"Once it's on the ballot if we get 50 percent of the voters plus one to vote for it - it's part of the Michigan constitution," said Sommer Foster, Michigan Voices.

These signatures will be reviewed by the board of elections to determine if there are enough valid signatures to move forward - 425,000 are needed.

"We are a part of a movement that's really being led by the citizens of our state of Michigan," said Nicole Wells Stallworth, Planned Parenthood Advocates of Michigan.

But Right to Life Michigan is questioning the validity of those signatures and vowing to fight.

"We're not naive to the fact that it is a lot of signatures that they have turned in this morning," said Anna Visser Right to Life Michigan.

"It would repeal all pro-life laws that we already have - that it would change our laws regard to pregnancy in Michigan," she said. 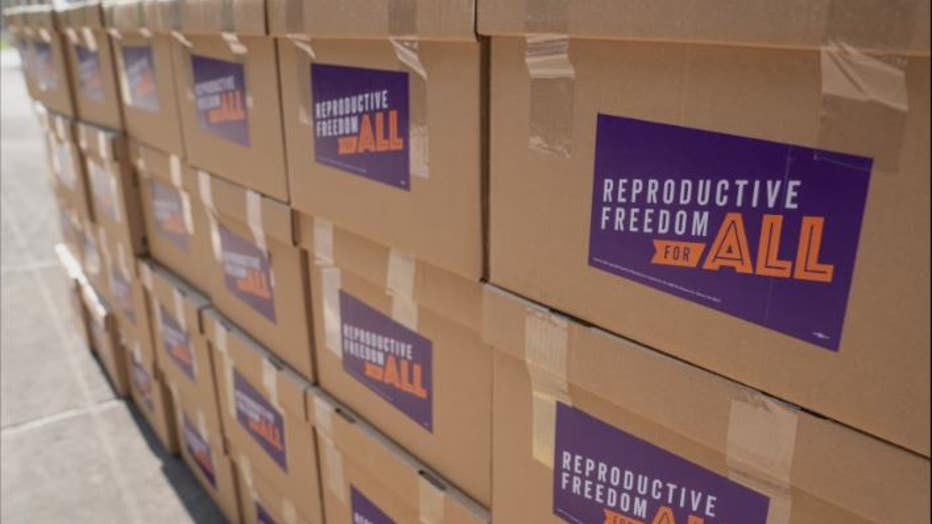 Pro-choice activists promoted what the Reproductive Freedom for All amendment includes - in addition to the abortion access that had been guaranteed by Roe v Wade.

With the overturning of Roe v Wade, Michigan's 1931 law that prosecutes doctors who provide abortions would be in effect, but for a judge issuing a temporary injunction. Organizers say the constitutional amendment protecting abortion access - is more permanent.

"I have been an abortion provider for 49 1/2 years," said Renee Chelian, Northland Family Planning.

Chelian says she had a dangerous illegal abortion in a dirty warehouse when she was 15 years old and was lucky to survive it.

"I do not want women to go back to an abortion like mine or for people to have to travel to another state," she said.

And organizers say 62,000 volunteers have signed up to get out the vote to keep abortion legal in Michigan.

"I am mad as hell - and you know what they say, hell has no fury like a woman scorned," Elder Leslie Matthews, Michigan United.

"We all have become the new physicians of conscience and we will do everything we can to ensure our patients' rights to safe, evidence-based, reproductive healthcare," said Dr. Michael Hertz. 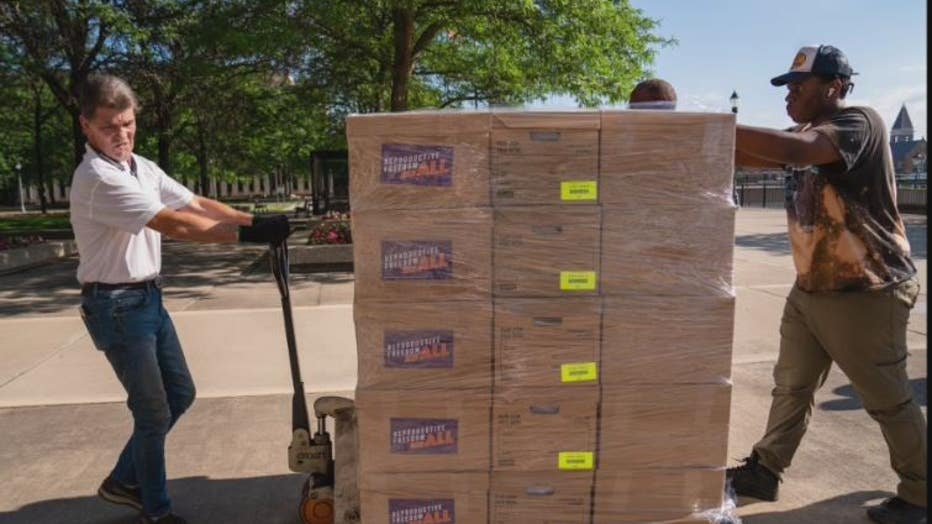