ROCHESTER HILLS, Mich. (WJBK) - It started as a simple science experiment about the drinking water at Van Hoosen Middle School in Rochester Hills. When the results came back, though -- officials realized they had a serious problem on their hands.

Students were happy to be getting out of school around 10:30 a.m. Monday, only to find out a few hours later the reason they were sent home. A middle school water experiment was tested by an uncertified lab by a professor at Arizona State University -- who found extreme levels of mercury in the drinking water.

An email explaining this went home to parents like Dave Buchanan.

"A little bit concerned, why there is mercury in the water here, is odd," he says.

Here how the district explained what happened. A science teacher at Van Hoosen knows someone who works at ASU. As part of a class experiment, some tap water was tested along with other samples. The test found mercury in the tap water. A lot of it.

When present in a water supply, mercury is known to damage kidneys and cause many other health problems.

The school district says as soon as this was discovered, water to both Van Hoosen Middle School and Adams High School was shut off, class was dismissed and additional water samples were sent off to the local health department and an independent company for testing.

The City of Rochester Hills is helping conduct independent tests. The district and city hopes to have those result back as soon as Tuesday and then decide what needs to be done.

As a precaution however, school has already been canceled at both Van Hoosen Middle School and Adams High School.

The timing of canceling classes come during senior finals, however arrangements have been made for seniors at Adams to take their tests at nearby Oakland University. 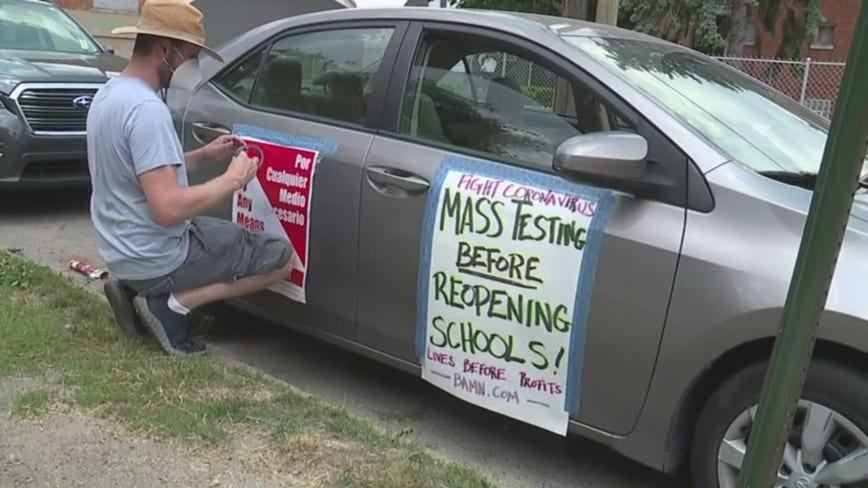