Access to downtown Detroit may be difficult for commuters Thursday morning after a water main break and a sinkhole opened up on East Jefferson around 5 a.m. Flood waters covered the road and a vehicle even managed to get trapped before getting free.

DETROIT - A sinkhole and a water main break on East Jefferson could complicate driving into downtown Detroit Thursday.

Crews responded to the scene around 6:30 a.m. after reports that a vehicle got stuck in a sinkhole. No injuries were reported.

Water could be seen flooding Jefferson near Hurlbutt as crews worked to figure out what had gone wrong. 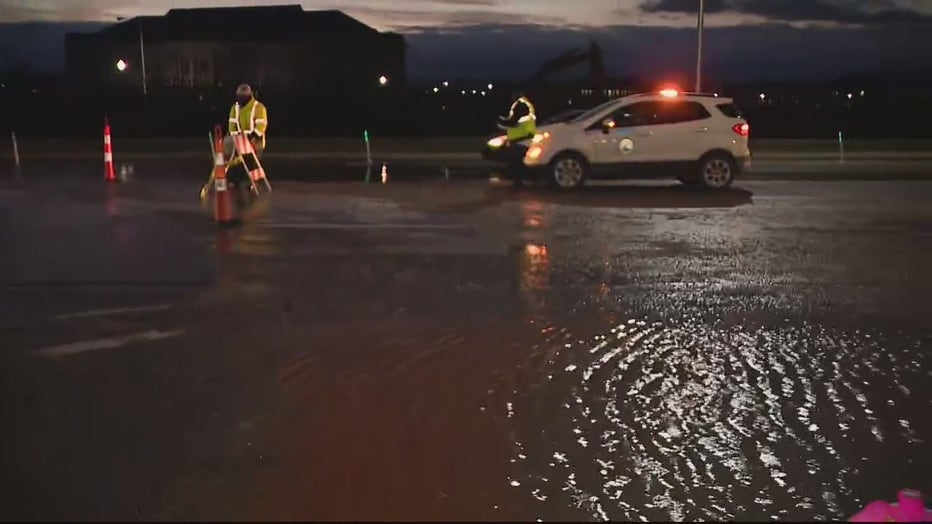 According to the Detroit water department, the water main break created the sinkhole which ended up flooding the street. Lanes on the far ends of the road are open, but the three lanes in the middle are blocked.

A spokesperson for the Detroit Water and Sewerage Department said the goal was to get the road fixed by the end of the day.

It's not clear what caused the water main to break. So far, only a few residents are without water service as a result.