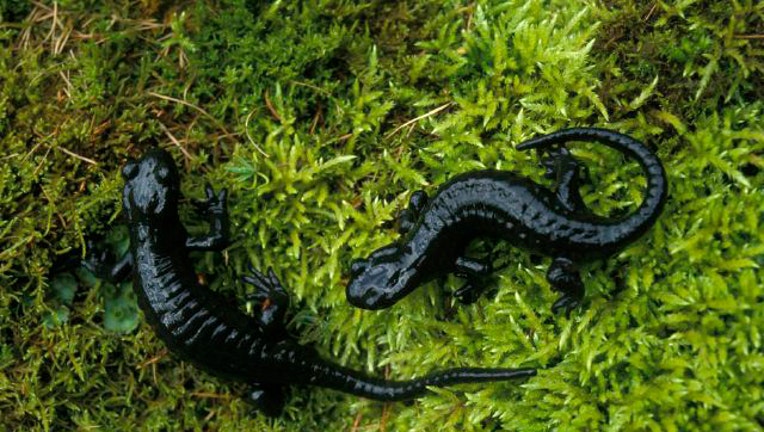 MARQUETTE, Mich. (AP) - An Upper Peninsula city is closing a portion of a road to vehicular traffic every night to protect migrating salamanders.

The city of Marquette is closing a portion of Peter White Drive in Presque Isle Park from 8 p.m. to 8 a.m. daily until April 15 or until the migration is completed, the city announced. The closures began on Monday.

Road barricades will be placed and removed daily to prevent vehicular traffic in the migration area. Only foot traffic is permitted in the area.

"Protecting the blue-spotted salamanders’ migration is vital, as they are an indicator species, informing us about the health of our environment," Kathleen Henry, a special projects coordinator and education specialist for the Superior Watershed Partnership, told The Mining Journal in an email.

In 2018, former Northern Michigan University student Eli Bieri noticed vehicles were killing hundreds of migrating salamanders, who were traveling from the park interior to their breeding ponds.

Concerned over their mortality, Bieri was instrumental in getting the city to close part of Peter White Drive during the migration season.

Henry said the city first closed the road in 2020, and as a result, had only three confirmed mortalities that year.