A heroic rescue of a small dog was captured on video after the leash got caught between the closing doors of the elevator going up.

HOUSTON - A quick-acting man saved a small dog from what could have been a horrific accident with an elevator when its leash became caught between the doors.

Johnny Mathis said the scary moment happened Monday at an apartment building in Houston. Mathis shared the video on Twitter, which he called an “intense moment to say the least.”

Video shows Mathis exiting the elevator, while a woman with a Pomeranian dog on a leash enters. The doors quickly shut before the dog is able to get onto the elevator. 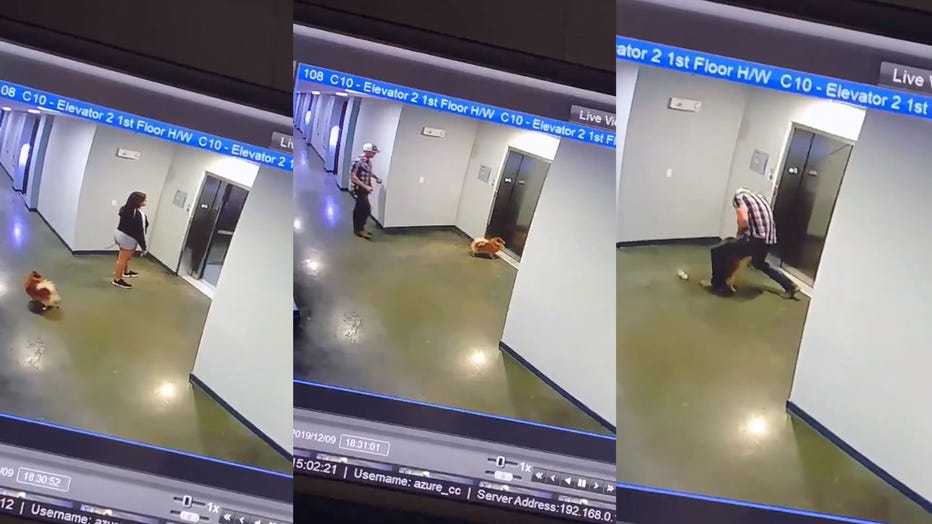 In the video, Mathis notices the dog left behind while still attached to the leash — and quickly grabs the dog to try and remove it. He said someone was already on the elevator going up to the sixth floor before he got off, so he knew he had to act quick or else the dog would be in trouble.

“It was super scary and all I was focused on was getting that leash off the dog,” he said, adding that the owner was “terrified.”

“As soon as the door shut she was screaming,” Mathis said. “There was nothing she could have done. She is new to the building so I think she wasn’t expecting it to shut so fast.”

Mathis continued: “I felt terrible for her. It was a honest mistake.”

The end of the video shows Mathis successfully rescuing the dog from its leash and waiting at the elevator for its owner to return.