FOX 2 - Despite new Covid vaccination mandates at several universities, social events, and establishments, many students are hesitant to get the vaccine.

"Actually I am not - I am looking into it, I am just a little paranoid right now," said a college student.

But Eva Dodds - a college admissions counselor with Collegewise, says young people are being tempted by a quick fix that could have long term consequences.

But Eva Dodds - a college admissions counselor with Collegewise, says young people are being tempted by a quick fix that could have long-term consequences.

Criminals are cashing in by creating phony Covid vaccination cards and selling them on social media sites.

"The frustration level is making kids make stupid and rash decisions," she said. "(They say) 'Oh this is the quick fix - a fake vax card, I'm set.' You are not set. You have now just set yourself up for a lifetime of holding your breath every time you apply for a job and wondering if that time you get busted for a fake vax card, will come back to haunt you."

Even though at the very least we're told it's against federal law, new sites are popping up as quickly as they are being taken down.

Another problem is the CDC's vaccination record card is basically a piece of paper, very easy to duplicate, and challenging to verify.

"There is no way to monitor it," said Dan Izadorek. "The issue is the cards are so simple, the government rushed it. And if you look at other countries in the world, they went with more of a digital tracking record. Not saying that the CDC doesn't have a record of your vaccine, but not as easy for that information to be open to the public."

Cybersecurity expert Izadorek who owns PC Miracles based in Pontiac tells us, it's also tough to monitor the dark web and social media where people in several countries are selling the fraudulent cards. But there are some things to look for.

"Some of the dates that are being put on the fake ones are inaccurate, and some of the locations of where the vaccine was given, have been found to be false," he said.

However, universities like the University of Michigan and Western Michigan have quickly put verification processes in place and other colleges are expected to follow. 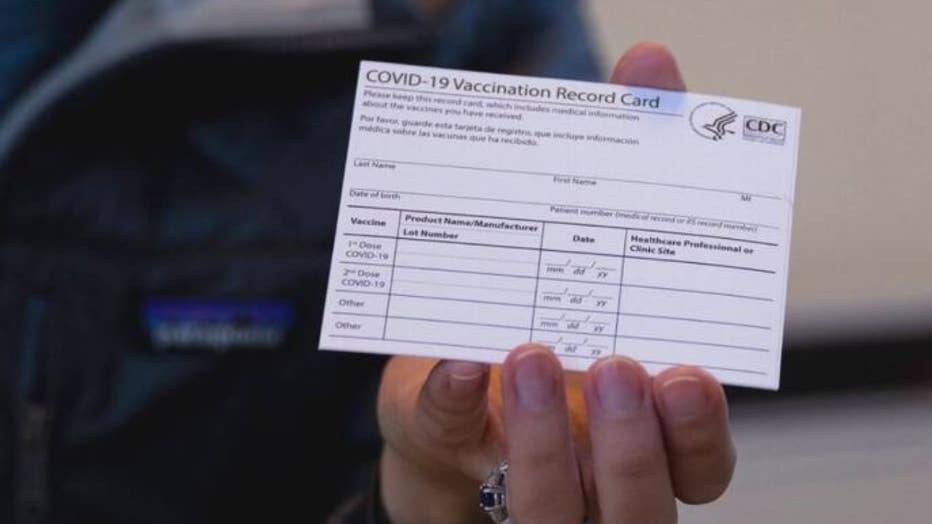 In the meantime, students, who heard about forging vax cards and are worried not enough is being done.

"It's an issue and I don't think it has been addressed by local or federal officials," said one college student. "If you are trying to circumvent the rules, there should be consequences."

It may take time, but Dodds says falsifying records will catch up with you, which will be on your permanent record and will likely prevent you from furthering your education.

She's telling students - it is not worth it.