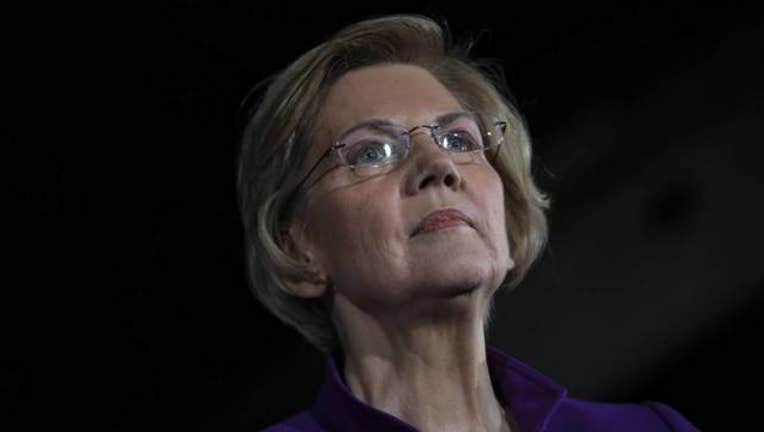 Mueller, who investigated whether Trump's campaign coordinated with Russia during the 2016 election and whether the president tried to interfere with the inquiry, found no evidence of a conspiracy between Russia and the Trump campaign and made no verdict on obstruction of justice. Mueller did find, however, that Trump made numerous attempts to interfere with the investigation but was largely foiled by those around him.

In a series of tweets, Warren said it would be damaging to "ignore a President's repeated efforts to obstruct an investigation into his own disloyal behavior" and would give license to future presidents to act in the same way.

"The severity of this misconduct demands that elected officials in both parties set aside political considerations and do their constitutional duty. That means the House should initiate impeachment proceedings against the President of the United States," Warren, a senator from Massachusetts, tweeted.

Other 2020 Democratic presidential candidates, while supportive of the idea of impeachment, were more circumspect in their responses.

Former Housing and Urban Development Secretary Julian Castro said Friday on CNN that it would be "perfectly reasonable for Congress to open up those proceedings."

Both Gov. Jay Inslee of Washington and Rep. Eric Swalwell of California said the question of impeachment should not be taken off the table.

Other Democratic candidates, including Sens. Cory Booker of New Jersey and Kamala Harris of California, indicated it was too soon to initiate impeachment proceedings.

"We don't have an unredacted version of the report. We don't have the underlying materials that that report was written upon. We haven't had yet an opportunity to have hearings where we interview Mueller," Booker said during a campaign stop in Reno, Nevada.

Sen. Kamala Harris of California was asked Thursday night on MSNBC to comment on House Majority Leader Steny Hoyer's remarks that impeachment hearings against Trump would not be "worthwhile" because the 2020 election is coming up and voters can decide if they want to keep Trump in office.

"I think that's there definitely a conversation to be had on that subject," Harris said, referring to impeachment, "but first I want to hear from Bob Mueller and really understand what exactly is the evidence that supports the summary that we've been given."

Pete Buttigieg, the mayor of South Bend, Indiana, said the best recourse for Trump's actions as president would be to vote him out.

"If we really want to send Trumpism into the history books, the best thing we can do is defeat it decisively at the ballot box in 2020," Buttigieg said on NBC's "Late Night with Seth Meyers."