Say hi to junk car Joe. He may be slick, but Problem Solver Rob Wolchek is slicker.

"I ain't telling you nothin."

He's a used car creep who specializes in felonies and fake names.

Rob Wolchek: "You're not John Killie?"

And while this guy is pretty slick - Wolchek is slicker.

Wolchek: "Oh c'mon John, Joe, whatever your friggin' name is."

Meet Michael. This is Michael's car. While it may look nice, he says it's not.

John and Michael meet at a Subway in Warren where John Killie says he takes his lunch.

"I said where do you work at John? He said 'I repair machines for Chrysler.' I don't think he does," Mike said.

Wolchek: "You said he had no socks on."

Mike: "He had rubber clog shoes on but no socks."

It's bad enough this John Killie has awful taste in footwear - he also told this awful lie.

John Killie was in such a hurry to get back to work, Michael didn't even have time to test drive the car.

"He's the smoothest talking guy you'll ever meet in your life," Mike said.

John Killie talked Mike into giving him $300 to hold the car, and wrote out a janky-looking reciept - but signed his name: "John Isquibo."

Later that night, John delivered the car to Michael at his house. Mike gave him $3700 cash - the only form of payment nice guy John Killie said he'd accept.

He handed Mike the title and hurried off in his Crocs. Immediately, Michael knew he'd been duped. 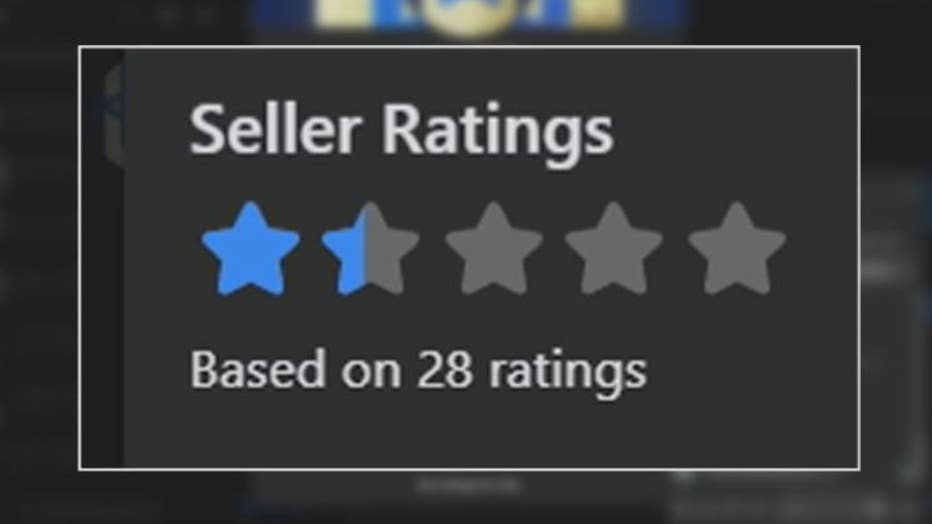 He ran a Car Fax on the vehicle which "original owner" John Killie sold him.

"It's not a one-owner vehicle," Mike said. "He just purchased it two weeks before he sold it to me."

And, according to the secretary of state, it was purchased for $500 as a scrap vehicle, purchased and then sold for $4,000 to Michael, by a guy named Joseph Anthony Yaquinto.

Yep, John Killie is this guy! Joe Yaquinto is a lifelong fraud, fella.

According to the Michigan State Police, in the 1990s he was convicted of larceny by conversion.

Rob Wolchek interviewed Michael in August, but it took him until now to catch the guy. 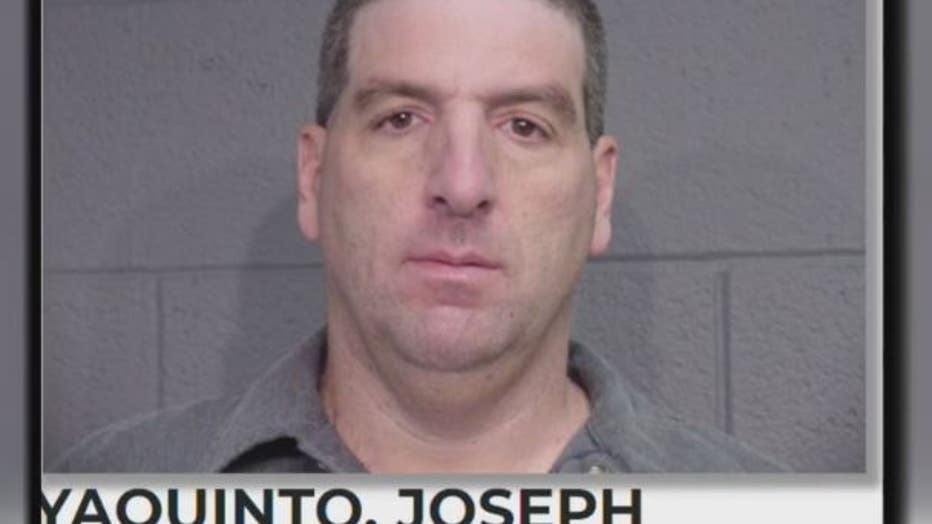 Joe Yaquinto didn't have a good address. The place listed on the title of the lemon he sold to Michael was his wife's house.

She was nice but not happy. She promised to tell Joe that he was looking for him.

Wolchek: "Does he work at a car dealership or something?"

"I apologize, we're estranged," she said.

The ads were only up for a few minutes. Rob guesses that once John Killie got a fish on the line, he took down the bait. After all, he's got a bunch of bad reviews.

The photos of the cars John Killie was selling seemed to be taken in the same place.  It looked like Warren, maybe near Eight Mile close to the same Subway spot John Killie met Michael at.

After weeks of driving up and down Warren streets, trying to match up houses to the photos, Wolchek and his team found the location.

Wolchek staked out the street, it was full of nice families. Rob talked to people in the neighborhood. No one recognized the guy, but a few of the neighbors said they had surviellence systems and they'd let him know if they saw a dude taking photos of cars on their street.

And Friday, Joe showed. On video he is there taking pictures of a gold Honda minivan. An hour later, that van is listed for sale by John Killie, who wanted to meet Wolchek's undercover car customer at the same Subway he met Michael.

John Killie/Joe Yaquinto: "Let me tell you what happened here, my father-in-law got his license taken away. And he's had it for a long time and he just can't drive no more."

Yeah, John Killie's just a guy selling his father-in- law's van. (According the Michigan Secretary of State, the first plate Joe had on his van was at one time registered to a farm and the second plate was so old ,they didn’t have a record of it.)

John Killie/Joe Yaquinto: "That's the only reason why and he doesn’t have much longer to live." 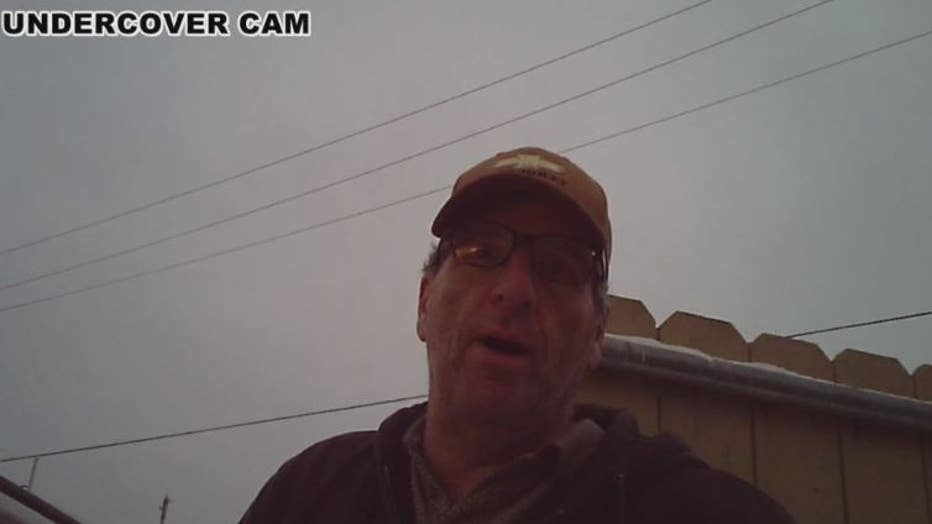 John Killie/Joe Yaquinto: "That’s the only reason why we're getting rid of it. You don't have to do nothing to it."

The buyer gets in the driver's seat - but it's Wolchek taking the wheel. Knock, knock.

Wolchek: "John Killie. Aren't you the guy selling the car?"

John Killie/Joe Yaquinto: "No, I don't know who you are?"

Wolchek: "You're not John Killie? Well, he contacted a guy named John Killie about buying a car."

John Killie/Joe Yaquinto: "Who did?"

Wolchek: "This guy." (referring to our 'customer.')

The car buyer gets out and Joe's ready to hit the road.

But Joe can't find the car keys in his haste to make a swift getaway.

Wolchek: "I know you're Joe Yaquinto and you're running a scam here, Joe."

John Killie/Joe Yaquinto: "I ain't running a scam. Ok, if he don’t give me my keys back, we got a problem."

John Killie/'Joe Yaquinto: "I don’t know who you are."

While Joe is trying to get away from one TV camera, out comes another TV camera. Yep, Joe, your customer is a cameraman.

John Killie/Joe Yaquinto:  "I ain’t tellin’ you nothing.'"

John Killie/Joe Yaquinto: "You don’t know who I am and you got my keys."

John Killie/Joe Yaquinto: "See you guys later. I don’t know who you are."

Wolchek: "Well, well. ... You took money from a guy Downriver and you sold him a Lincoln MKZ here’s my card.""

Rob tosses a business card into the window as Joe Yaquinto backs up, but the.passenger door is still hanging open.

Wolchek: "You better close your door."

He drives off with the passenger door open.

Wolchek: "C'mon Joe. Seriously, well that's not something you see every day. A dude driving away with his door open. 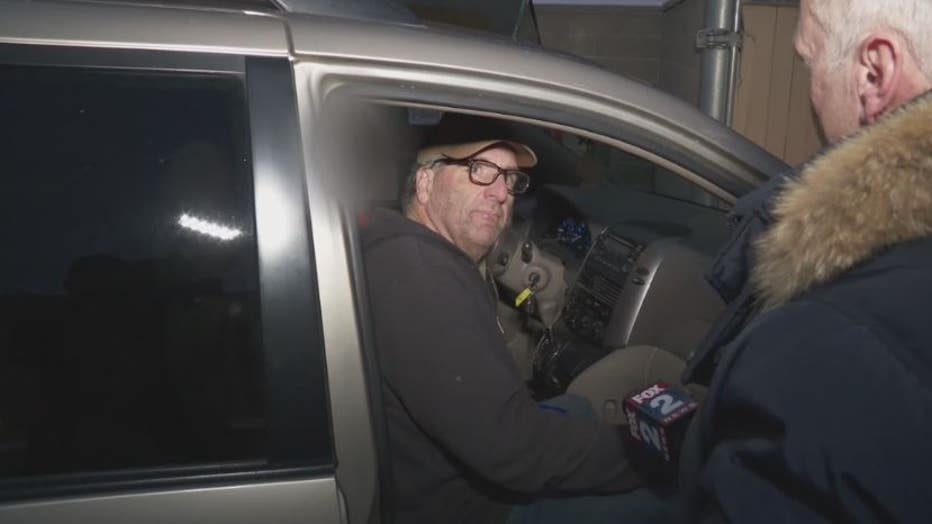 "Yo Joe. What do you know. You're in the Hhhhhalll of Shame!"

According to the Michigan Secretary of State., anyone buying a used car from a private seller should use this checklist:

For more information GO HERE to the Michigan Secretary of State website.