A huge sinkhole opened up over the weekend on Detroit's wet side and, after a woman fell in, the FOX 2 problem solvers are getting involved.

Kimberly Pearson stopped by a friend's house in Detroit before going to a Father's Day celebration on Sunday. She said she was walking around her car when she said she fell in the huge hole.

"I was scared. I was nervous. I thought I was going to be gone," Pearson said. "When I was walking, leaving for my trunk, I wasn't paying attention of the hole. Didn't know it was there. My leg fell right down in there."

Pearson said her friend helped her up and she wasn't injured, despite falling in. She said what happened to her could happen to anyone.

"Anyone could miss the hole. You could be walking not looking and fall. Kids could play around it and just fall in and be gone," she said.

So she called FOX 2 and we put the Problem Solvers on it. We reached out to city officials and a crew was sent out to check it out. The results?

Officials say the repair will be done within 24 hours.

They also encourage anyone who encounters a similar situation to call the DWSD 24-hour emergency line at (313) 267-7401. Citizens can also report incidents through the Improve Detroit Mobile App or through DWSD's Facebook page. 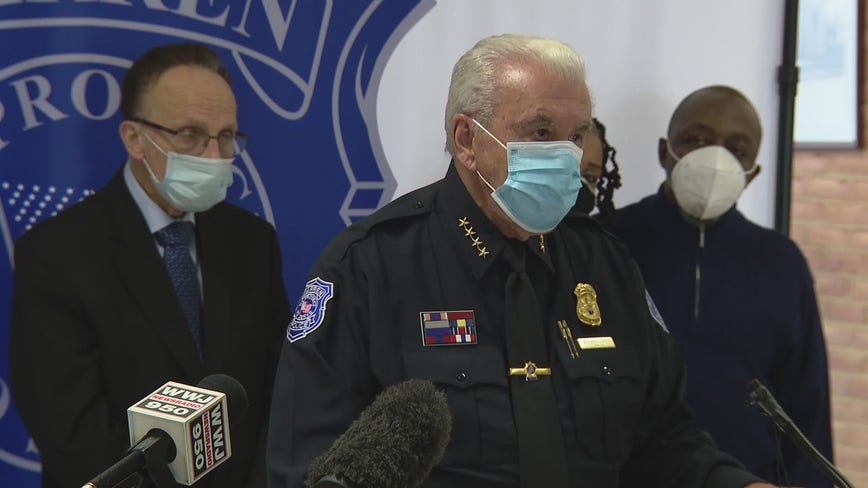