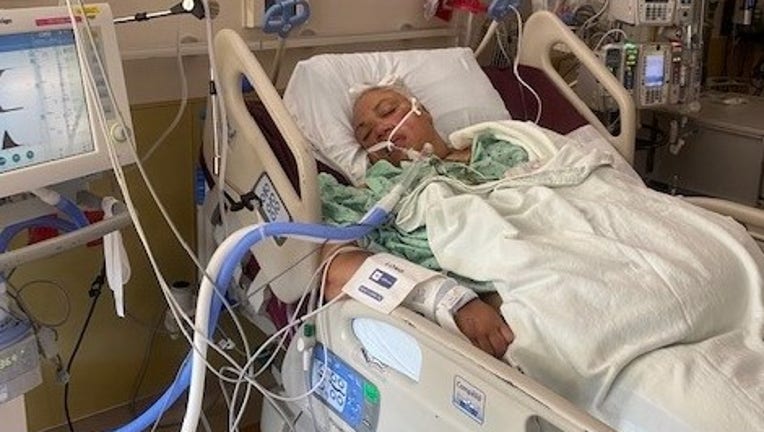 SALT LAKE CITY - A woman is fighting for her life after family members said she was bitten several times by a spider and later contracted a flesh-eating bacteria.

Susi Feltch-Malohifo’ou of Utah recently went on a fishing trip to Mirror Lake in the Uinta mountains with family and friends.

"When she woke up Sunday morning she had a headache, a fever and was in some pain," her son, Adrian Swensen, told FOX Television Stations. "Those symptoms progressed to the point that we decided she needed to see her doctor."

Swensen said his mother tested negative for COVID-19 and the flu. She was given two shots and prescription medicine to be taken at home.

But Feltch-Malohifo’ou got worse and went back to the emergency room after the pain became unbearable.

Swensen said doctors examined her and determined she had 15 spider bites and seven of them became extremely infected. Swensen believes his mother was bitten by a spider during the fishing trip as she slept.

Swensen said doctors told him his mother had contracted a flesh-eating bacteria that was wreaking havoc on her body. Doctors removed more than 10 pounds of infected tissue.

Feltch-Malohifo’ou remains hospitalized as doctors continue to treat the infections and remove the remaining dead tissue. Doctors told the family she had damage to her stomach and colon.

Necrotizing Fasciitis is a rare bacterial infection that spreads quickly in the body and can cause death, according to the CDC.

"She is very sick," Swensen said, saying his mother has already endured several surgeries and medications.

"We are told that if they can get her stable and through all of the removal and cleaning she will have a very long road of recovery," he continued. "We are people of faith and are in constant prayer that she will be healed and in a timely manner."

The family has set up a GoFundMe page to help with expenses. Feltch-Malohifo’ou has also shared her journey on her Facebook page.

Swensen said his mother is the founder and CEO of Pacific Island Knowledge 2Action Resources (PIK2AR). The non-profit works with Pacific Islanders and other minorities with a focus on sexual assault victims, domestic violence victims, people in re-entry from prison, parole, treatment facilities, and homelessness.

Feltch-Malohifo’ou has achieved many accolades including being named "Nonprofit Leader of the Year" by the FBI and Forbes Magazine's "50 Most Impactful Women in the Country Over the Age of 50," according to Swensen.

"What Susi needs most right now is your prayers and best wishes," Swensen said.

According to the National Institutes of Health, necrotizing fasciitis— a disease from flesh-eating bacteria— can develop after an infected spider bite, particularly from a brown recluse.