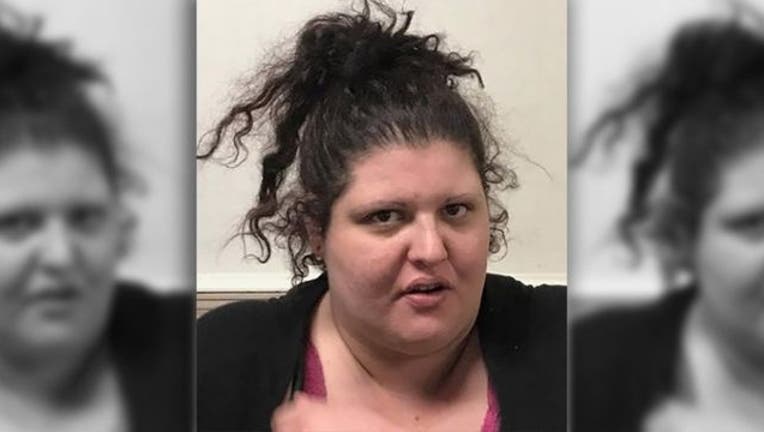 Police have alleged Alyce Davenport ditched her own mother’s funeral on Friday to break into her home and steal a safe filled with items worth $90,000. (Warren Police Department)

FOX NEWS - Police in Massachusetts said a woman ditched her own mother’s funeral on Friday to break into her home and steal a safe filled with items worth $90,000.

Alyce Davenport, 30, and Diron Conyers, 27, both appeared in court Monday and faced seven counts related to the alleged robbery, the Telegram & Gazette reported.

Charges were filed against the two after Thomas Baillet, Davenport’s mother’s fiancé, told police someone broke into his house during the funeral of Audra Johnson – Davenport’s mother – and stole the safe from a locked bedroom.

Court documents reportedly stated Davenport was suspected of the theft, and was recently kicked out of the house over her drug habits.

Police found a car linked to Davenport on the side of a road with the safe in the trunk, which Davenport allegedly slammed shut when officers tried to peek inside.

Legal documents, $5,000 in coins, a bag of knives and jewelry were found elsewhere in the car.

Inside a motel room where Davenport and Conyers were staying, police discovered cocaine, in addition to “jewelry, keys, cellphones, a real estate contract relating to the address from which the safe had been stolen, and a checkbook reported stolen from a home” in Connecticut, the Gazette reported.