CHESTERFIELD TWP., Mich. (FOX 2) - Under Christmas trees every kid dreams of that special Christmas morning - but reality for many looks nothing like this.

"Kids don't have food, that's the thing," said Christina Pittinato. "It's food, Christmas and clothes. We get asked for shoes."

Under Christmas trees every kid dreams of that special Christmas morning

"The whole reason I started it, was to spread kindness and do really good things," she said.

Which is what she was attempting to do Saturday.

"We met at the Meijer at 23 and Gratiot in Chesterfield to buy toys with the $300 we got," she said.

They were in the toy aisle when they realized they weren't alone.

"And I look behind me and there are six Meijer employees walking towards us," she said.

Recording a video, they paid it forward to her: "We want to give you a thousand dollars," they said.

"They don't even know what they did when they did that," she said.

Watching the video now, still moves her to tears. 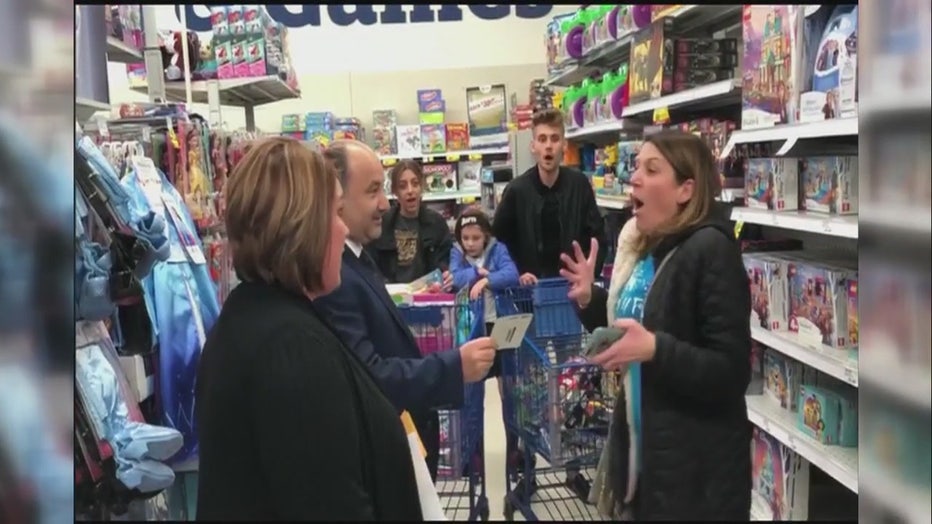 "A thousand dollars, like, so many kids can have so much and benefit from this," she said.

Then Christina turned the tables on their surprise.

"They didn't know I was shopping for a foundation, so they had no idea who I was or why I was at Meijer," she said. "They just randomly chose us out of all the customers in Meijer to receive this amazing gift."

And by sharing this story, it is her way of paying the Christmas spirit forward as well.

And in that spirit, those Meijer employees who were helping deliver the $1,000-dollar gift were each given $100 of their own.