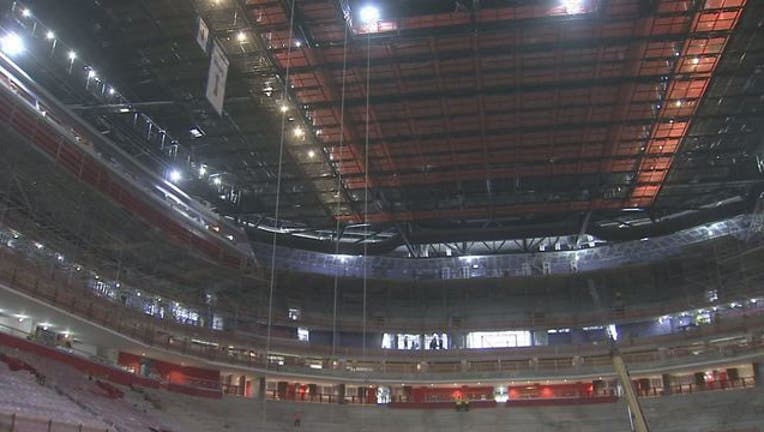 DETROIT (WJBK) - A worker died Wednesday morning at the site of Little Caesars Arena in Detroit after falling from a catwalk. According to police, the man may have intentionally taken his own life.

According to authorities, medical crews were called to Little Caesars Arena around 8 a.m. Wednesday to a report of an injured worker. Official say a man fell from a catwalk at the construction site from about 75 feet in the air.

The worker's death is being investigated as a possible suicide, but has not yet been ruled as an accidental death or as a suicide. Witnesses tell FOX 2 it appears the man jumped.

The worker has been identified as Michael Morrison.

Fornell told FOX 2 the man went into cardiac arrest after the fall.

Fornell said the man is 37 years old and is believed to be an electrician.