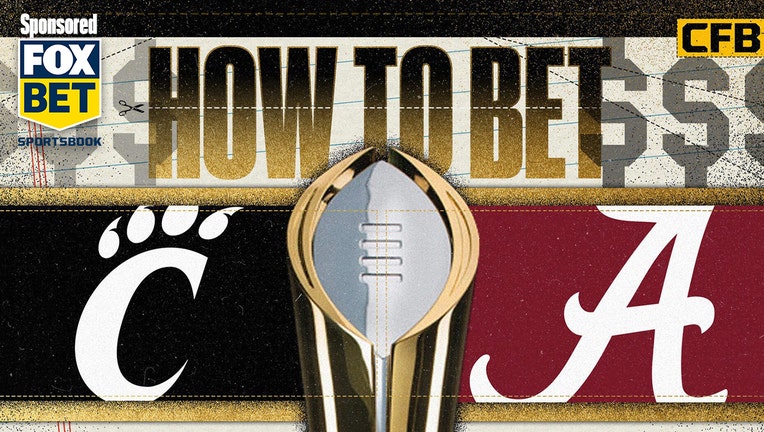 History will be made as No. 1 Alabama faces No. 4 Cincinnati in the College Football Playoff (CFP) semifinal. The Goodyear Cotton Bowl Classic is a matchup between legendary Bama and the Bearcats from the Group of 5, the first time a non-Power 5 team has made the CFP.

Here's everything you need to know about the college football odds for the Dec. 31 CFP semifinal matchup between the Bearcats and Crimson Tide in the Cotton Bowl Classic — the point spread, moneyline, over/under and picks from our betting expert (with all college football odds via FOX Bet).

The 12-1 Crimson Tide, champion of the Southeastern Conference, are seeking their 19th college football national championship and seventh since Nick Saban took over as coach in 2007. Saban is 14-5 in bowl games.

The 13-0 Bearcats of the American Athletic Conference are the first team from the Group of 5 (schools from outside the Power 5 conferences) to make it into the CFP playoffs, which started in 2014.

Alabama is led by Heisman Trophy favorite Bryce Young. The sophomore quarterback is 314-for-462 passing (68.0 percent) for 4,322 yards, 43 touchdowns and four interceptions.

Bearcats senior quarterback Desmond Ridder also had himself a year, finishing 234-for-355 passing (65.9 percent) for 3,190 yards, 30 touchdowns and eight interceptions.

Defense has also played a key role in both of these teams reaching the CFP.

Senior linebacker Joel Dublanko leads the Bearcats in tackles (106) and tackles for loss (11) and is third in sacks (5.5). The Bearcats feature a pair of standout defensive backs in Ahmad "Sauce" Gardner and Coby Bryant.

Junior linebacker Henry To'o To'o leads the Tides in tackles (101) and sophomore linebacker Will Anderson leads with 32.5 tackles for loss and 15.5 sacks.

The Crimson Tide is 5-0 all-time against the Bearcats.

The Bearcats are 3-2 against the spread (ATS) in their past five games.

The Bearcats have hit the under in the over/under three times in their past five games.

The Bearcats are 37-2 when leading at the half under coach Luke Fickell.

The Crimson Tide has hit the under in the over/under three times in their past four games.

The Crimson Tide is 4-4 at the Cotton Bowl.

FOX Sports' Cousin Sal: "Nick Saban has 27 days to prepare for this Cincinnati team, and that is scary. It's like taking a final exam, and you have all your notes with you.

"Of course Bama wins them all, but against the spread, they're 5-8 the last 13 bowl games. I kinda think (the 12.5 points) is a little high. Desmond Ridder in bowl games has seven touchdowns, no interceptions. … He's not going to have a deer-in-headlights look to him.

"And Coach (Luke) Fickell's teams' 32 takeaways leads the nation. They're number one. I think that's enough to keep this game closer than two touchdowns."