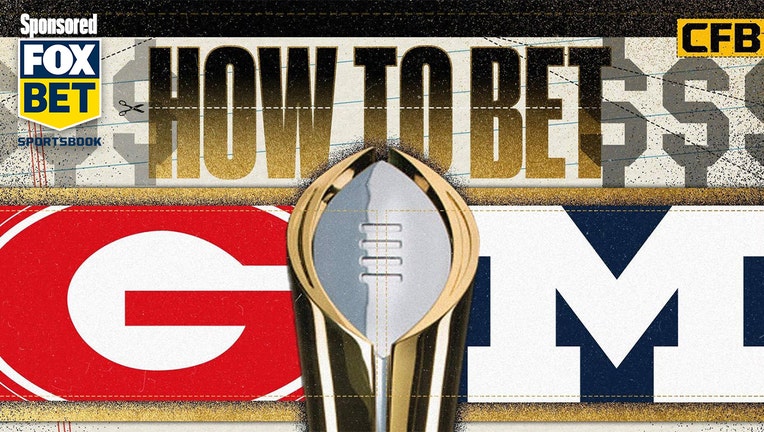 Two traditional college football power programs will face each other for only the third time as the No. 2 Michigan Wolverines will square off vs. the No. 3 Georgia Bulldogs in a semifinal of the College Football Playoff.

Here's everything you need to know about the college football odds for the Dec. 31 College Football Playoff semifinal matchup between the Bulldogs and Wolverines in the Capital One Orange Bowl — the point spread, moneyline, over/under and pick from our betting expert (with all college football odds via FOX Bet).

Each team will be playing in the Orange Bowl for the fourth time. Georgia is 2-1 in the Orange Bowl, Michigan 1-2. The Bulldogs will make their 25th consecutive bowl appearance, the longest active streak in the country.

Georgia entered conference championship ranked No. 1 but lost to Alabama 41-24 in the Southeastern Conference title game.

"Don’t let the rankings fool you as the Bulldogs are over a touchdown favorite everywhere," FOX Bet betting analyst Sam Panayotovich said. "FOX Bet has Georgia -(9 at the time) with a total of 44.5. That betting line proves that oddsmakers still respect the hell out of Georgia even though 'Bama blasted the Bulldogs in the SEC Championship."

This battle between 12-1 teams will showcase elite players on defense.

Georgia's defense is led by defensive tackle Jordan Davis, a finalist for the Outland Trophy which is presented to the nation's top interior lineman.

The job for the 6-foot-6, 340-pound Davis is to occupy multiple offensive linemen, allowing his teammates to wreak havoc.

Junior inside linebacker Nakobe Dean, who won the Butkus Award as the nation's top linebacker, and junior defensive back Lewis Cine lead the team in tackles (61).

Just because Michigan is the underdog, don't count out Jim Harbaugh's bunch. The Wolverines, the first team to make the CFP that started the season unranked, led the nation this season against the spread (ATS) with a 12-2 record.

The Wolverines are tied for fourth in fewest points allowed per game (16.1).

The Bulldogs are 3-2 against the spread (ATS) in their past five games.

The Bulldogs have hit the under in the over/under six times in their past nine games.

The Bulldogs are 50-1 when allowing less than 20 points under coach Kirby Smart.

In their past 15 games against teams from the SEC, the Wolverines have hit the over in the over/under 12 times.

The Wolverines are 2-18 straight up in their past 20 games as the underdog.

The Wolverines are 5-0 ATS in their past five games.

FOX Sports' Sam Panayotovich: "I would hate to be the team that has to face Georgia off that loss in the SEC Championship because I know what its defense is capable of against a team that struggles to throw the football.

"My early thoughts are to buy low on the Dawgs and lay the points against the Wolverines."