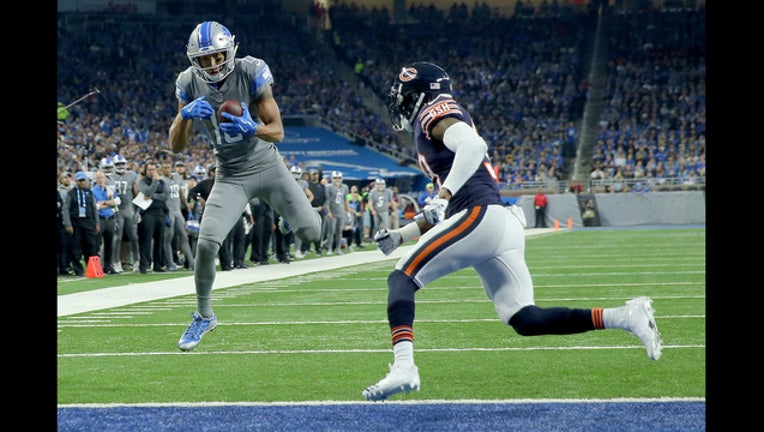 DETROIT, MI - DECEMBER 16: T.J. Jones #13 of the Detroit Lions scores a touchdown against Bryce Callahan #37 of the Chicago Bears during the first half at Ford Field on December 16, 2017 in Detroit, Michigan. (Photo by Leon Halip/Getty Images)

Jones had career highs with 30 receptions and 399 yards receiving last season and caught a touchdown pass. Detroit drafted him in the sixth round in 2014. He has 45 career receptions for 624 yards and two TDs.