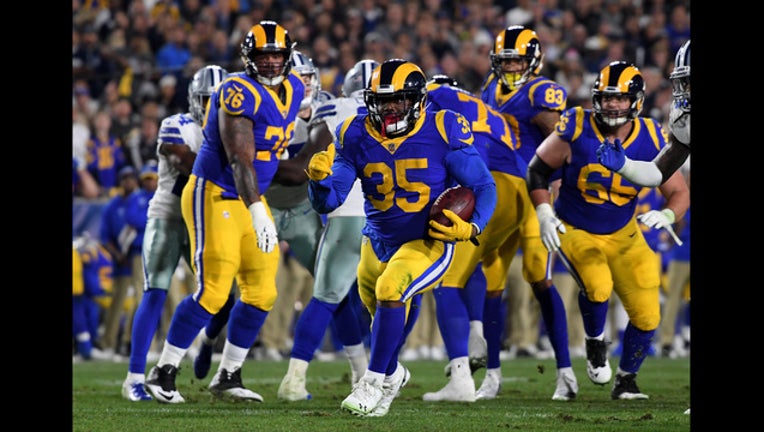 LOS ANGELES, CA - JANUARY 12: C.J. Anderson #35 of the Los Angeles Rams runs with the ball in the first half against the Dallas Cowboys in the NFC Divisional Playoff game at Los Angeles Memorial Coliseum. (Photo by Harry How/Getty Images)

The California alum was a Pro Bowl back with Denver in 2014 when he had nearly 1,200 all-purpose yards.  In 2013, the Broncos orginially signed the undrafted free agent and he helped them win Super Bowl 50 in 2016.