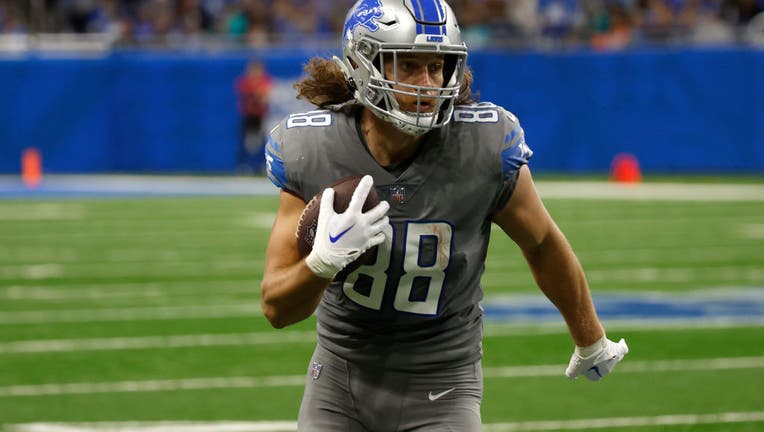 DETROIT, MICHIGAN - OCTOBER 30: T.J. Hockenson #88 of the Detroit Lions runs for a first down during the second quarter against the Miami Dolphins at Ford Field on October 30, 2022 in Detroit, Michigan. (Photo by Leon Halip/Getty Images)

DETROIT (FOX 2) - The Detroit Lions are sending tight T.J. Hockenson to the Minnesota Vikings as the team continues its rebuild and searches for a second win.

The Vikings made the deal after losing tight end Irv Smith Jr. is injured.

The trade deadline is Tuesday afternoon.