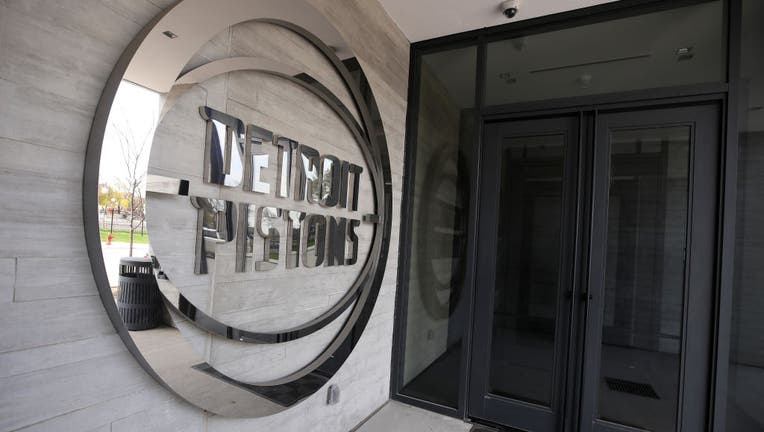 The Pistons had been without an official GM since overhauling their front office two years ago. Stan Van Gundy had been Detroit's coach and team president, with Jeff Bower serving as GM. After the Pistons moved on from Van Gundy in 2018, Ed Stefanski took over the front office and Dwane Casey became the coach.

“It’s an honor for me to join a franchise with the history and tradition of the Detroit Pistons,” Weaver said in a statement. “I’m excited for the challenge of building this team into a consistent winner and assembling the pieces to compete at a very high level.”

Weaver joined the Thunder in May 2008, and since then, Oklahoma City has made the Western Conference finals four times and the NBA Finals once.

"Troy’s basketball knowledge and experience will help this organization in all facets of strategic planning and roster development this coming season and beyond,” said Stefanski, a senior adviser to Pistons owner Tom Gores. “He has a good eye for talent, is a great communicator and is team oriented. I look forward to working with him as we focus on achieving our collective goals.”

A native of Washington, D.C., Weaver spent four seasons as an assistant coach at Syracuse and was on the staff when the team won a national championship in 2003. He was a head scout for the Utah Jazz from 2004-07, then director of player personnel for the Jazz in 2007-08.

“Troy is an outstanding executive with an exceptional track record for identifying and developing talent,” Gores said. “In talking with Troy, he’s got both the skill and temperament to lead, and the confidence and creativity to work collaboratively with others."

The Pistons went 20-46 this season before it was cut short because of COVID-19.

“Ed and the team have done excellent work creating flexibility with our roster and establishing a clear direction,” Gores said. "Troy comes aboard to help take us to the next level.”