Columbus has won two straight for the first time in nearly a month. Detroit has lost 14 of its last 16 games.

Joonas Korpisalo stopped 18 shots for the Blue Jackets. Jonathan Bernier had 34 saves for the Red Wings.

Adam Erne scored his first goal in his 27th game with the Red Wings early in the first period and had another goal late in the opening period.

Cam Atkinson and Oliver Bjorkstrand had goals 1:04 apart to put Columbus ahead midway through the first.

Tyler Bertuzzi redirected a puck in front to give the Red Wings their second lead early in the second, but it didn't last long. Kevin Stenlund made it 3-all midway through the second period with his first NHL goal in his second game of the season and sixth of his career with the Blue Jackets. 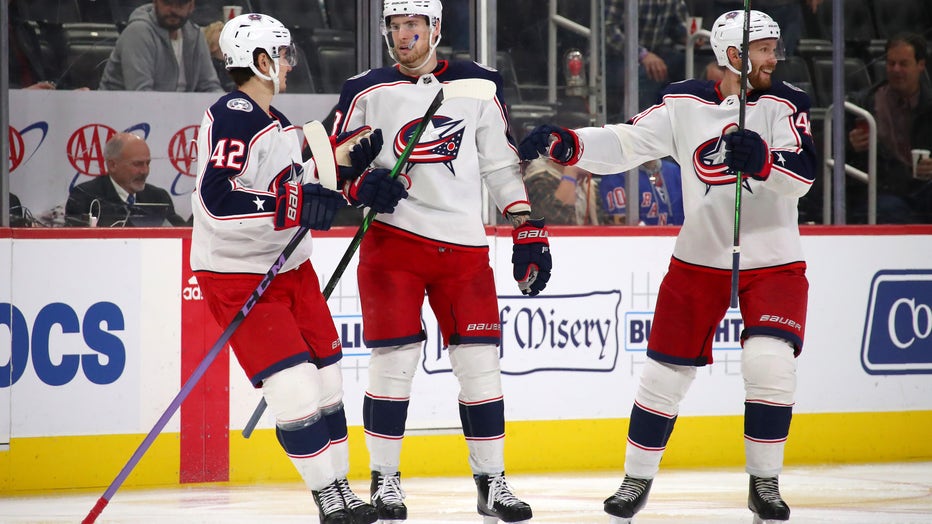 Columbus was dominant, controlling the puck as if it was on a power play and making line changes while keeping the puck in Detroit's end, and had a huge advantage in shots.

Bernier made 11 saves in the first and 13 in the second to give the Red Wings a chance to compete.

The goaltender did not have a defense for Dubois' wrist shot that sailed past his glove and into the net to put Columbus ahead 4-3.

NOTES: Nyquist extended his point streak to three games and was given a round of applause by the fans when he was shown on the videoboards, playing in Detroit as a visitor for the first time. ... The Red Wings assigned G Jimmy Howard to the AHL's Grand Rapids to work his way back into playing shape after being out of the lineup since Nov. 27 with a mid-body injury. ... Columbus scratched F Sonny Milano (upper body) and D Ryan Murray (lower body) with injuries for the second straight games. ... Detroit put Jonathan Ericsson on IR with an undisclosed injury and recalled D Brian Lashoff from the Griffins. ... Dubois has a team-high 11 goals.