Just two teams in the league, meanwhile, have won fewer games than

Stripling (3-1) allowed only one hit for the second straight start and struck out four without a walk, making the most of his opportunity to stay in the rotation. 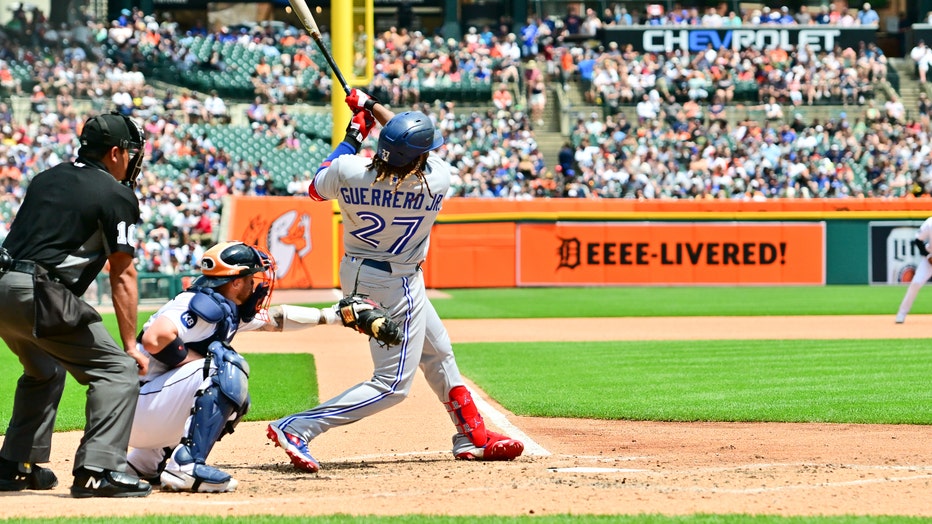 "He's been great," manager Charlie Montoyo said. "He has given us a chance every time he takes the mound. He's throwing strikes with all his pitches, and he's keeping hitters off balance. When someone is not overpowering and they have to pitch, that's fun to watch.

"I'm going to keep starting him."

Tarik Skubal (5-3) lost for the first time since April 28 and lasted just four innings, the shortest outing since his first start of the season. Skubal struck out three in three scoreless innings before giving up Guerrero's 421-foot line drive over the left-center fence, a two-run drive and his 14th homer of the season.

"I didn't do my job to put ourselves in a position to win a ballgame, and a series, against a good club," Skubal said.

"For us to get to Skubal early, that was huge," Montoyo said.

Gurriel, who has a seven-game hitting streak, hit a two-run single off Jacob Barnes in the eighth to give Toronto a 6-0 cushion that was quite comfortable against the light-hitting Tigers.

"We need to do a better job offensively and win more games," Cabrera said.

The Tigers had a pregame ceremony, celebrating Cabrera for joining Hank Aaron and Albert Pujols as the three players in baseball history with 500 homers, 3,000 hits and 600 doubles.

Cabrera was surrounded by family on the field, where he was surprised by the appearance of former teammate Victor Martinez.

Toronto has lost consecutive games only once over the last month, dropping two games in a row on May 21-22 to Cincinnati and St. Louis.

Rodriguez is 1-3 with a 4.38 in eight starts in the first year of his five-year, $77 contract with the Tigers.

Blue Jays: 3B Matt Chapman was given a second straight day off to rest his sore left wrist. He did defensive drills Sunday morning with his wrist taped.

Montoyo said Chapman is day to do, and isn't injured enough to have an MRI.

Tigers: RHP Jose Cisnero, who has not pitched this season due to a strained shoulder, hurt his Achilles while running at the team's spring training complex in Lakeland, Florida. He was scheduled to start a rehab assignment this week at Triple-A Toledo.

Blue Jays: Host Baltimore on Monday night, starting a seven-game homestand against teams in the division that includes a chance to make up ground against the AL East-leading Yankees.

Tigers: Play the Chicago White Sox at home on Monday night to start a three-game series in the middle of a 10-game homestand that ends against Texas.