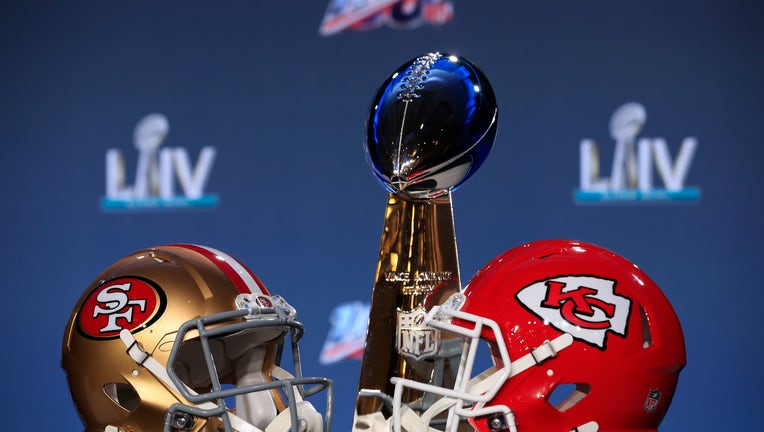 MIAMI, FLORIDA - JANUARY 29: The 49ers will face the Chiefs in the 54th playing of the Super Bowl, Sunday February 2nd. (Photo by Cliff Hawkins/Getty Images)

Sunday, February 2, is Super Bowl LIV from Miami and there's only one place to watch it all.

FOX is home to Super Bowl LIV where the Kansas City Chiefs will battle against the San Francisco 49ers for the ultimate prize in football: The Vince Lombardi Trophy.

The Chiefs are led by Patrick Mahomes, Tyreek Hill, and Travis Kelce, while top 49ers have Jimmy Garoppolo, George Kittle and Raheem Mostert.

Kansas City seeks its second Super Bowl victory, the first coming after the 1969 season. San Francisco has won five Super Bowls, but none since the 1994 season.

The game is available for free on FOX but you can also stream it for free on the FOX Sports App.

You can watch the game on your desktop at FOXsports.com

To get the game on your phone or tablet, go to foxsports.com/mobile.

To stream the game on your TV with Roku or Amazon Fire Stick, just search for the FOX Sports app.