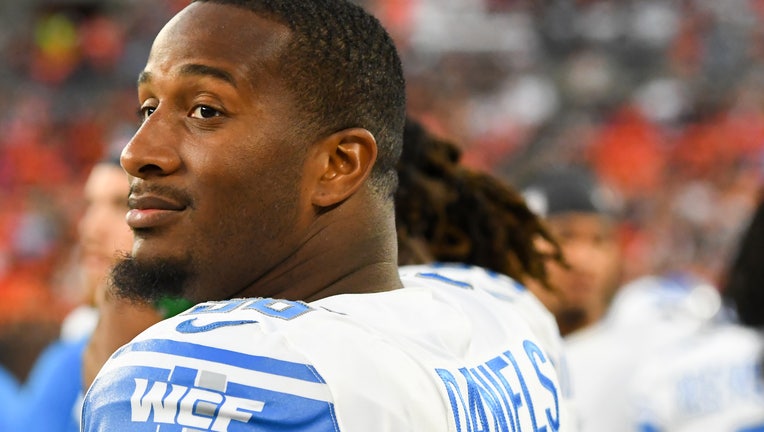 CLEVELAND, OH - AUGUST 29, 2019: Defensive end Mike Daniels #96 of the Detroit Lions watches the action from the sideline in the first quarter of a preseason game against the Cleveland Browns on August 29, 2019 at FirstEnergy Stadium in Cleveland, Oh

DETROIT - Detroit Lions defensive tackle Mike Daniels has been ruled out of Sunday's game against Minnesota on FOX 2 because of a foot injury.

The Lions also ruled out cornerback Amani Oruwariye because of a knee injury. Cornerback Darius Slay is questionable with a hamstring injury after being limited in practice this week.