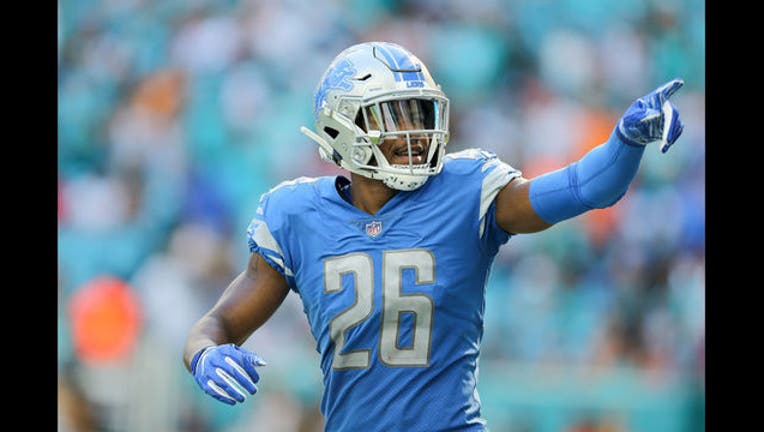 MIAMI, FL - OCTOBER 21: DeShawn Shead #26 of the Detroit Lions reacts against the Miami Dolphins during the second half at Hard Rock Stadium on October 21, 2018 in Miami, Florida. (Photo by Michael Reaves/Getty Images)

Detroit made the moves Saturday, a day before ending the season at Green Bay.

Chachere was added to Detroit's practice squad in Week 12, after the Houston Texas released him from their practice team.