ALLEN PARK, Mich. - Don’t tell Matt Patricia his Lions have nothing to play for this week.

In reality, his Lions have been coasting to a stop for weeks, as Sunday’s 27-17 loss to Denver was their eighth straight.

At 3-11-1, only draft positioning is at stake in Sunday’s season finale against the Green Bay Packers. Detroit is currently slotted at No. 3 in the draft order, but could move up to second or down to fifth.

A loss on Sunday also would make it the franchise’s longest losing streak since the winless 2008 campaign. 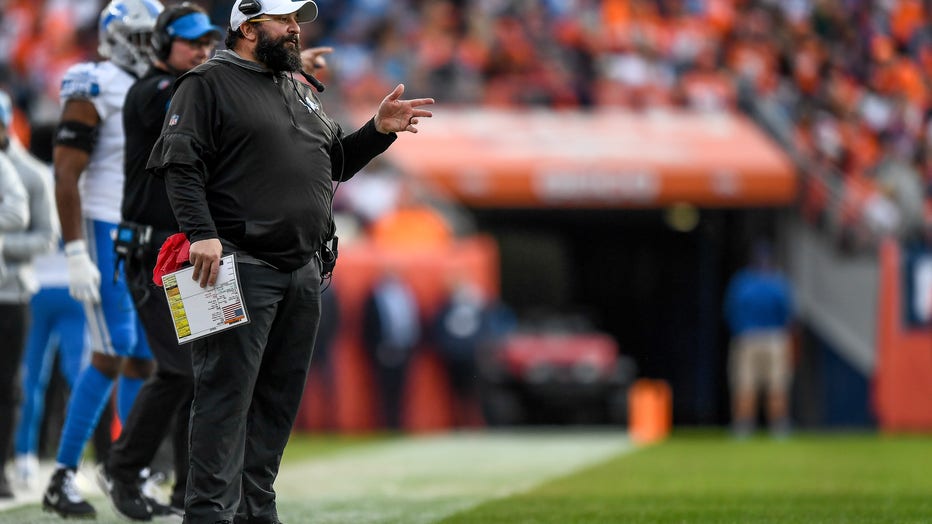 DENVER, CO - DECEMBER 22: Head coach Matt Patricia of the Detroit Lions works on the sideline during a game against the Denver Broncos at Empower Field on December 22, 2019 in Denver, Colorado. (Photo by Dustin Bradford/Getty Images)

For that one, the Lions could look to Kyle Sloter as their fourth starting quarterback of the season this week after David Blough’s struggles continued at Denver.

“I’m ready whenever they need me,” Sloter said. “I know I can be a starter in this league. Nothing so far in this league has told me that I can’t be.”

The Lions rushed for 4.6 yards per carry, their fourth-highest average in a game this season. The team got its first look at the tandem of Kerryon Johnson of Bo Scarbrough together in the backfield. Rivals from Auburn and Alabama, respectively, the pair could be a nice two-headed monster next season behind quarterback Matthew Stafford.

The team’s 95 passing yards were a season- ow by nearly half and only Kenny Golladay had more than two catches. Stafford’s been out since Nov. 3, with Jeff Driskel going 0-3 and then Blough going 0-4 as replacements.

Jamal Agnew returned a punt for a 64-yard touchdown to give Detroit a 10-0 lead. He also became the only NFL player this year with a punt and kickoff return for a score.

The Lions couldn’t realistically expect too much from Blough, an undrafted rookie quarterback. But after a strong debut against Chicago on Thanksgiving, Blough has sputtered and Sunday was his worst game. Blough completed 12 of his 24 passes for 117 yards and a touchdown. However, it was the first of his four starts when he didn’t throw an interception.

Golladay could salvage something nice this season for Detroit, as Sunday he hauled in touchdown No. 11, which leads the NFL. Baltimore’s Mark Andrews is one behind Golladay with 10, but the tight end might sit out Week 17 with the Ravens already locking up the AFC’s top seed.

More like limps than steps for this team, but Green Bay comes in for the finale on Sunday at Ford Field. Detroit has an outside chance of being in position to draft an impact player like Ohio State edge rusher Chase Young at No. 2.