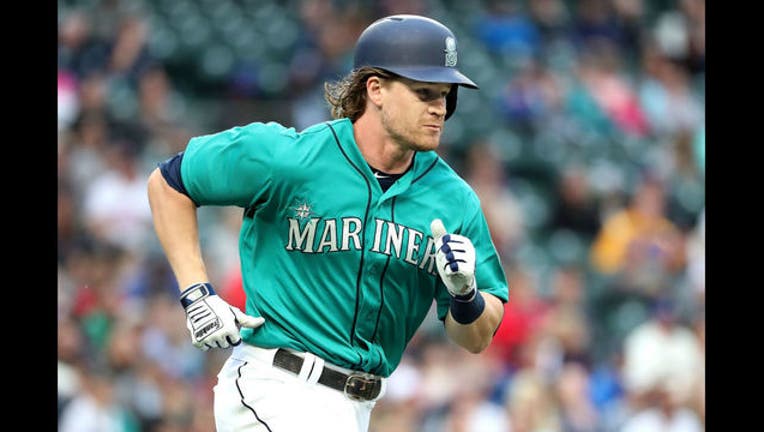 SEATTLE, WA - MAY 25: Gordon Beckham #1 of the Seattle Mariners runs to first in the third inning against the Minnesota Twins during their game at Safeco Field on May 25, 2018 in Seattle, Washington. (Photo by Abbie Parr/Getty Images)

DETROIT (AP) - Infielder Gordon Beckham agreed to a minor league contract with the Detroit Tigers and was invited to major league spring training.

If Beckham is added to the 40-man roster, he would get a one-year contract paying $700,000 while in the majors and $138,000 while in the minors. Beckham played in only 33 major league games over the past two seasons with the Seattle Mariners.

Pitcher Casey Mize, taken by the Tigers with the No. 1 pick in last year's amateur draft, also was among 20 players invited to major league camp, the Tigers said Tuesday.