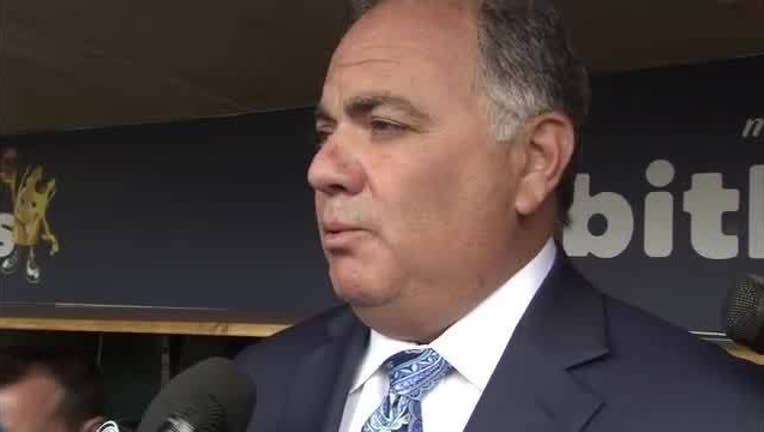 DETROIT (AP) - The Detroit Tigers didn't begin their rebuild in earnest until the second half of last season.

Already, they have a chance to add the type of player who could become a centerpiece of the franchise's future.

Detroit has the No. 1 pick in the draft Monday, the result of a terrible month of September last season after the Tigers had traded Justin Verlander, Justin Upton and J.D. Martinez. There's no guarantee the top pick will turn into a star - and if he does, it might take a little while - but an opportunity like this doesn't come around very often.

"The draft and the first round is a big pick anytime, but when you're picking first, obviously, there's more scrutiny and there's more attention to it," general manager Al Avila said. "You want to do a good job."

The Tigers still had hopes of contending at the start of last season, but when that didn't happen, it was time to dismantle an expensive roster. After trading away some of its biggest stars, Detroit dropped 24 of its final 30 games and finished tied with San Francisco for the worst record in baseball. Now, the organization has the top pick in the draft for the first time since 1997.

That year, the Tigers took Matt Anderson, who would make 257 relief appearances in the majors, posting a 5.19 ERA for his career. Not every No. 1 pick can accelerate a team's rebuilding process, but some recent selections - like David Price (2007), Stephen Strasburg (2009), Bryce Harper (2010) and Carlos Correa (2012) - have become stars.

This draft might not have an obvious, can't-miss prospect, however.

"Obviously, if you had that once-in-a-decade player out there, that would definitely be something that would make it a lot easier. There's no doubt about that," Avila said. "In saying that, we still feel confident we'll make a good pick."

In 2004, Detroit selected Verlander with the No. 2 pick, and the Tigers won two American League pennants and four AL Central titles with him. Another right-hander, Auburn's Casey Mize, has emerged as a candidate to be the top pick this year.

Avila worked in Florida's front office when the Marlins drafted Adrian Gonzalez with the first pick in 2000. That's a pretty good example of how tough predicting the future can be. Gonzalez became an All-Star, but never played for the Marlins. They traded him for reliever Ugueth Urbina, who helped Florida win the World Series in 2003.

There have been plenty of advances since Avila's days with the Marlins in the way players can be evaluated, but some of the basics are still the same.

"Obviously, there's more analytics at work now, and we have more history to go on," Avila said. "From a scouting perspective, you're still going out to the same tournaments. You're still seeing guys in the summer, making your house calls in the fall and late spring. The process is similar in that sense."

Detroit manager Ron Gardenhire has some memories of his own of a top overall pick - one that Tigers fans would become plenty familiar with. Gardenhire was a coach for the Twins when Minnesota took Joe Mauer at No. 1 in 2001.

The Tigers would love to land a player who can make an impact like him.

"It's a big decision," Gardenhire said. "Joe was our homegrown boy. Everybody knew Joe Mauer there, all-around athlete. It's a big deal, having that No. 1 pick and the choice. All eyes are on you."