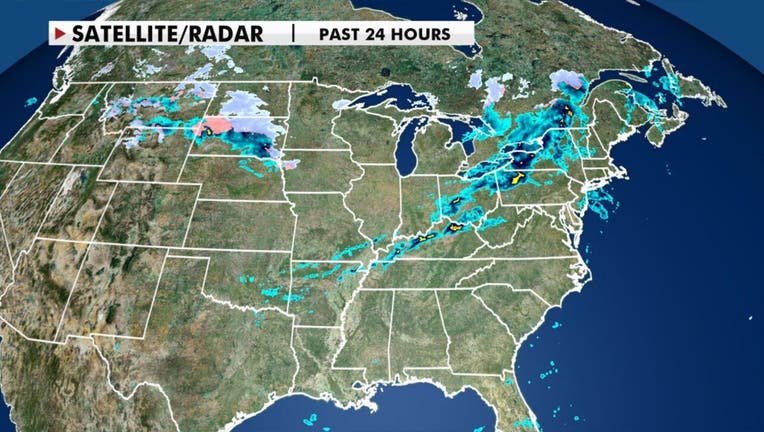 Another round of snow is moving across the northern tier of the country on Tuesday, Oct. 20, 2020. (FOX News)

Winter weather has arrived early across the northern tier of the country on Tuesday, bringing treacherous travel conditions across the Upper Midwest.

Several systems will spread snow from the Northern Rockies through the Northern Plains and Upper Midwest this week.

"It is cold enough for the snow. We've got several rounds of it moving in over the next couple of days," Fox News senior meteorologist Janice Dean said on "Fox & Friends."

Those disturbances moving east will reinforce the cold, snow and terrible travel conditions. 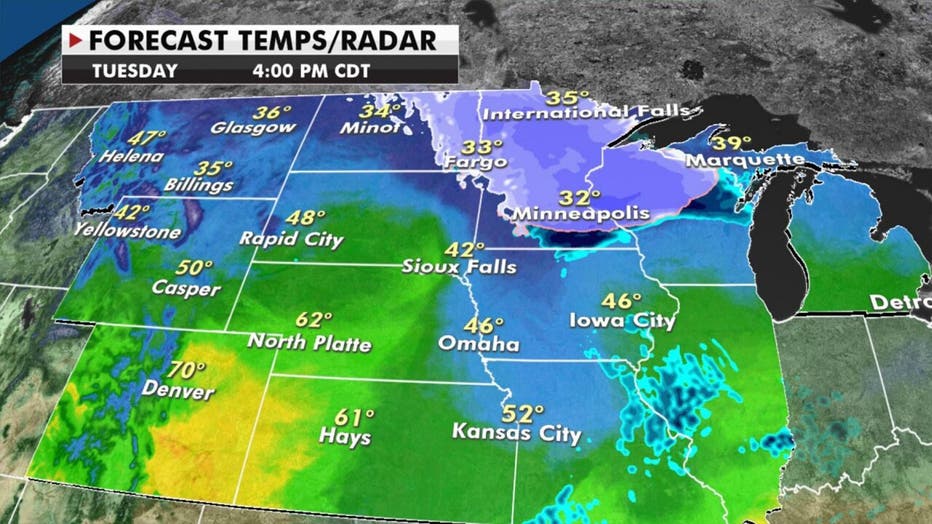 Future radar shows where the snow will be falling by Tuesday afternoon. (FOX News)

Winter weather advisories are in effect where several inches of snow will move through over the next few days.

Some areas could see 6 to 12, even 18 inches of snow in higher elevations in total from these multiple systems. 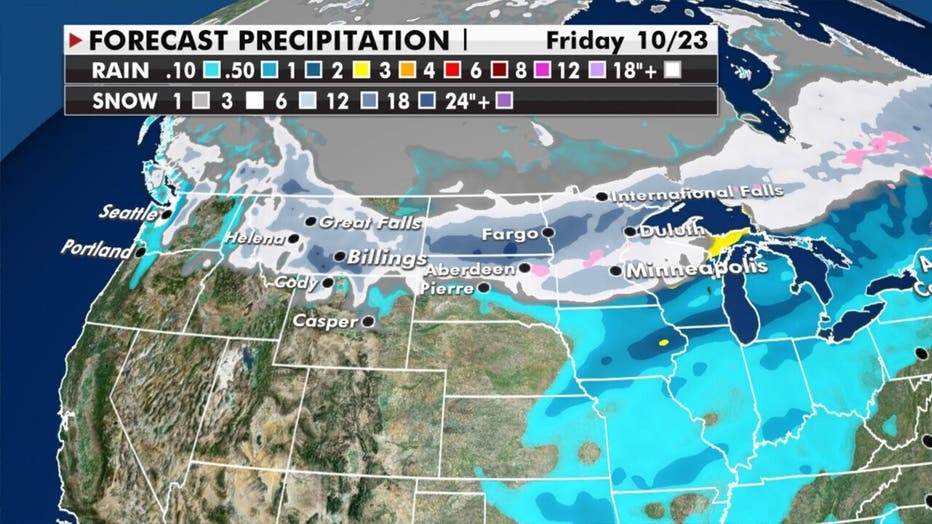 The frigid conditions are already having impacts on travel. Parts of Iowa saw up to 9 inches of snow on Monday as a narrow band of frozen precipitation developed across the state. 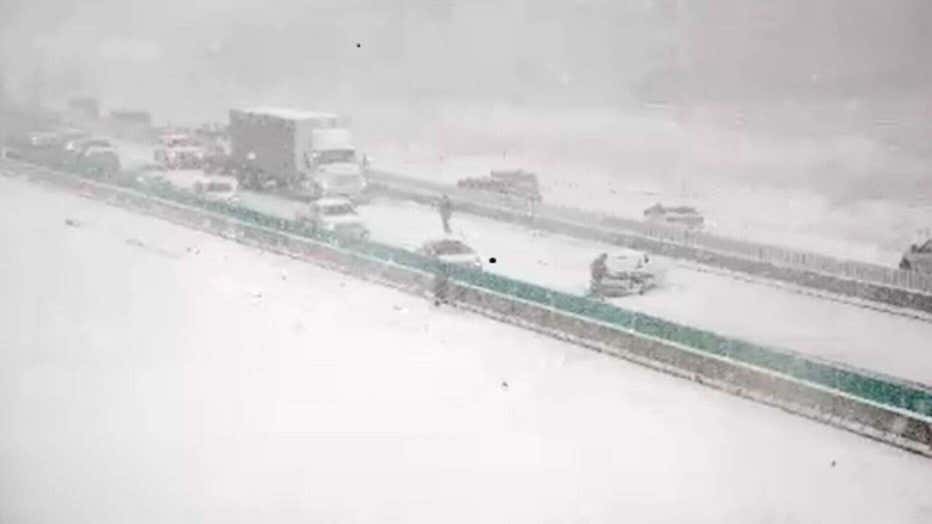 A snow squall warning was issued along the Interstate 80 corridor, as the Des Moines area saw whiteout conditions.

Multiple traffic accidents were reported in the area as the National Weather Service (NWS) warned to "stay safe on the roads" due to the conditions.

"The view from my office is nice- but I’m not ready for this!," Iowa State Patrol public information officer Sgt. Alex Dinkla tweeted.

As a wintry blast sweeps across the nation's midsection, fire danger remains the story out west. 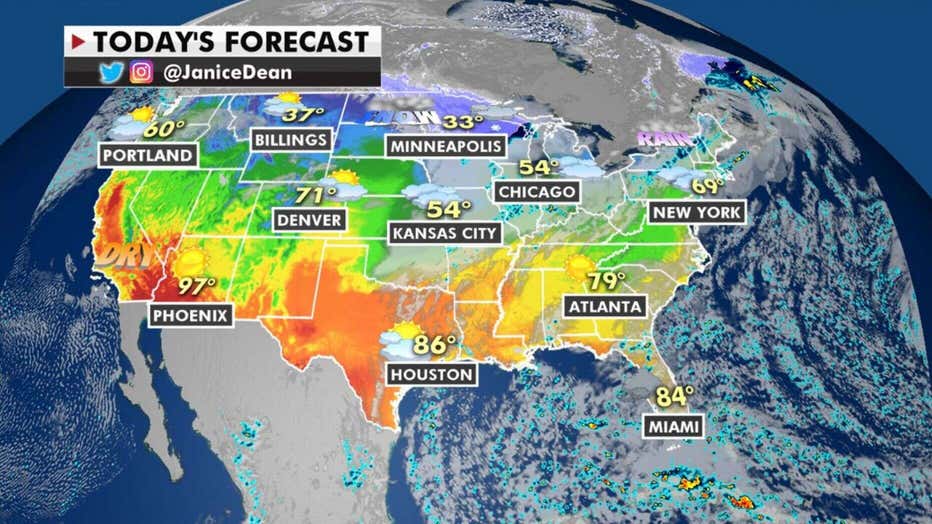 Fire danger and air quality issues will continue on Tuesday over the West, especially in California, where dry, warm conditions and gusty winds have enhanced the wildfire danger.

The weather will be great for the World Series on Tuesday night, with no major issues, temperatures in the low 80s, and mostly sunny skies.