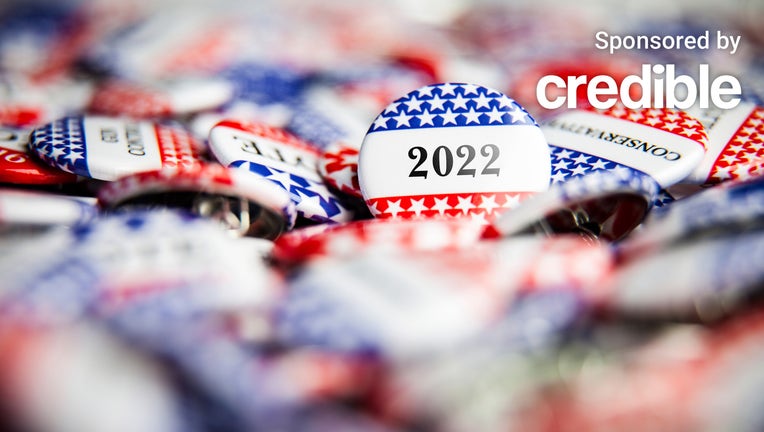 Control of the Senate remains uncertain, and could be determined by a runoff election in December. (iStock)

As vote counting stretched from election night on Tuesday into Wednesday, it remains likely that Republicans will control the House of Representatives as a result of the 2022 elections. Control of the Senate, however, remains undecided.

Control for the Senate is split nearly evenly, and could be determined by the results from Arizona, Georgia and Nevada. But in Georgia, the race between Georgia Republican U.S. Senate candidate Herschel Walker and Democratic incumbent Sen. Raphael Warnock will go to a runoff on Dec. 6th as neither candidate obtained more than 50% of the vote in Georgia.

"The mid-term elections turned out to be a lot closer than many pundits predicted," said Greg Mesack, National Association of Federally-insured Credit Unions (NAFCU) senior vice president of government affairs. "Many races are still too early or too close to call as of this morning and final vote counts could take days, or even weeks.

"It appears that Republicans are poised to win a narrow majority in the House, and the Senate remains up in the air, with several key races not yet called and a runoff election likely in closely contested Georgia set for December 6," Mesack said. "Rather than a ‘red wave’ election, we saw a more status quo election, with the vast majority of incumbents winning or at least keeping it close and making races hard to call."

In this election, many Republican candidates focused on the economy and crime while Democrats focused on abortion rights and democracy.

"Republicans campaigned on inflation and crime, while Democrats campaigned on abortion rights and anti-Trump/January 6th," Mesack said. "The races broke so closely it is difficult to tell what mattered more."

Amid the market uncertainty, some mortgage rate terms plummeted to their lowest level in nearly two months. You can take advantage of lower rates to refinance your mortgage and save on your monthly payments. Visit Credible to find your personalized interest rate without affecting your credit score.

What do election results mean for interest rates?

Inflation has continued to surge near 40-year highs over the past few months. It hit its 40-year high of 9.2% in June, and has since slowly receded, but remains far above historical norms and above the Federal Reserve’s targeted 2% range.

As a result, the Fed continues to raise interest rates in an effort to slow the economy and bring inflation back down. At its most recent November meeting, the central bank raised interest rates by 75 basis points, its fourth consecutive 75-point hike and its sixth rate hike so far this year.

As the Federal Reserve continues to fight inflation, it will likely continue to raise rates in the months to come. You can take advantage of current interest rates by refinancing your private student loans before they rise. Visit Credible to compare multiple student lenders at once and choose the one with the best interest rate for you.

What do election results mean for investments?

Wednesday morning, stock futures traded lower as investors awaited the results of the midterm elections. However, one expert warned against putting too much weight on the market’s uncertainty during the elections.

"Whether it’s a Presidential election or midterm, politics typically encourage investors to color their views in an unhelpful way," said Dan Egan, Betterment managing director of behavioral finance. "The more partisan someone is, the more likely they are to believe the election of the opposite party will significantly hurt the stock market.

"The data is clear: reacting swiftly to election results will likely harm your performance because of the time you spend out of the market when uncertainty is reduced (post-results)," Egan said. "Markets hate uncertainty, and there's more leading up to an election than after when the dust has settled."

If you are concerned amid today’s market, one way to save money without pulling out your investments is by using a personal loan to pay down debt. Contact Credible to speak to a loan expert and get your questions answered.

Have a finance-related question, but don't know who to ask? Email The Credible Money Expert at moneyexpert@credible.com and your question might be answered by Credible in our Money Expert column.