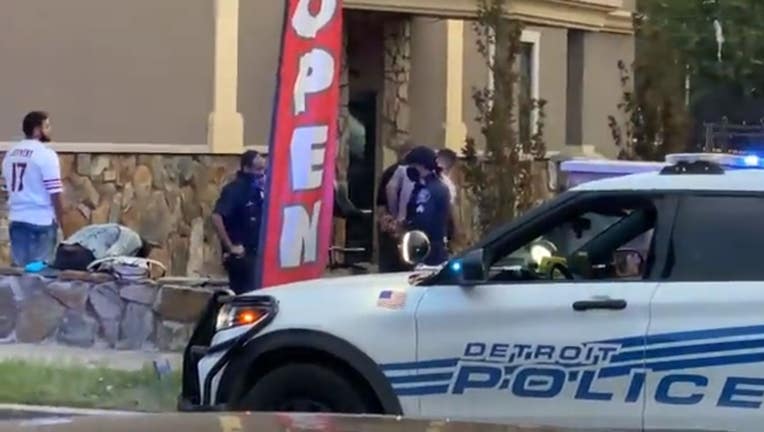 DETROIT - Police are investigating a quadruple shooting that left one dead outside a Detroit bar Monday morning.

According to Detroit Police Cpl. Dan Donakowski, a 23-year-old male died after being shot outside the Red's Park-Inn Bar, on Central Avenue, which is south of Michigan Avenue.

Police said the three others that were injured included a 28-year-old man that was grazed and two other adults.

Details regarding the victim's sex and age were not given.

There was also no information concerning a suspect.

A large police presence, the Wayne County Medical Examiner, and several others were at the bar Monday morning around 7:30 a.m. Police could also be seen taking someone into custody.