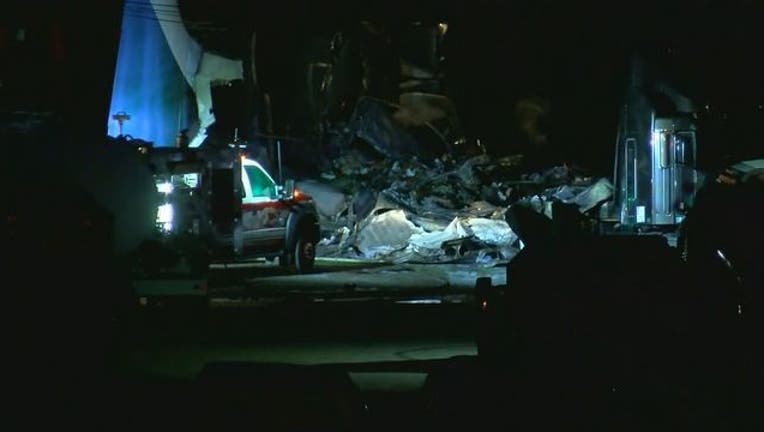 TOLEDO, Ohio (AP) - Two people are dead after a cargo plane approaching an Ohio airport crashed just a few hundred feet from a highway early Wednesday and burst into flames as it hit several unoccupied vehicles at an auto repair shop, authorities said.

No other injuries were reported from the early morning crash just east of the Toledo Express Airport.

By mid-morning, no flames were visible as firefighters occasionally sprayed water on the smoldering wreckage. The debris appeared to be contained to the auto business, where at least one trailer was mangled and burned.

The port authority's manager of airline affairs, Joe Rotterdam, said officials couldn't yet confirm whether any distress call was made from the aircraft.

Officials believe the plane had traveled from Laredo, Texas, and stopped outside Memphis, Tennessee, on Tuesday before heading to Ohio, Rotterdam said. It crashed at or around 2:37 a.m.

They said no further details were immediately available about the people who died or the plane's owner.

Rotterdam said it's not clear if there is a so-called black box with recorded data about the flight.

The Federal Aviation Administration and the Ohio State Highway Patrol were helping with the investigation.