The first call came in just before 6 a.m. for a home on Roslyn. 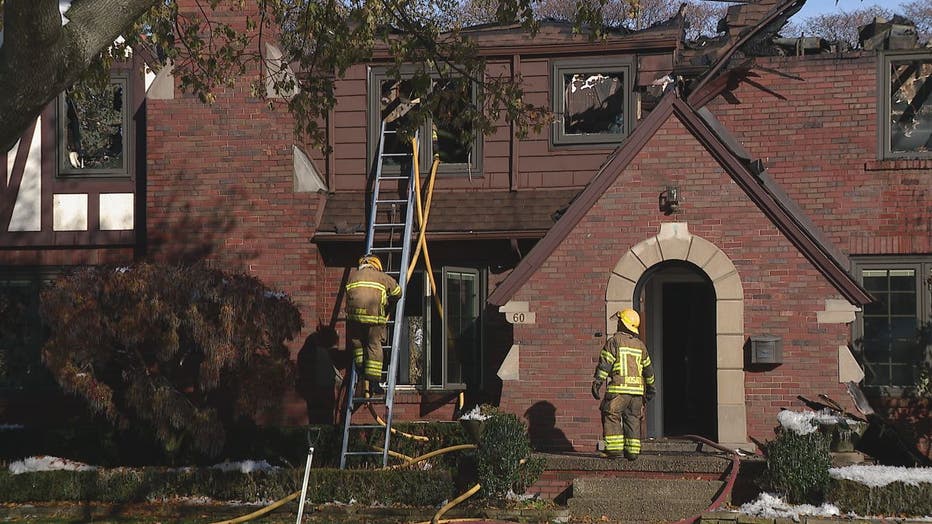 Lt. Ken Werenski tells us it was a chimney fire after the homeowners had a fire the prior evening. Everyone got out okay and nobody was hurt, but the house was devastated.

As firefighters were in the middle of the battle the fire hydrant stopped working and they had to find another water source. At that point, the fire was able to spread to the rest of the house.

"The crazy thing is, probably 30 minutes into this fire we received a second fire approximately three-quarters of a mile down the road. The irony of that is we don't ever get fires in Grosse Pointe Shores; we're about two square miles all residential. So it's really unlike us to even have one fire but have two going," Werenski said.

That fire was in a basement at a home on Greenbriar.

Several other agencies also helped respond to that fire and get it under control. No injuries were reported in that fire either.