The former city commissioner's run-ins with police for drunk driving resurfacing this week. One took place in Berkley in 2007, the other in northern Michigan in 1995.

Rasor, an attorney, brought the incidents back to light during a city commission meeting Monday. He is a supporter of Mayor Michael Fournier who is seeking re-election.

"What's worse is, to the press he tried to portray that as a first. He said he had a perfect driving history for the past 40 years, but I was able to discover that he didn't."

Miller was convicted of operating while visibly impaired for a drunk driving incident in Petoskey back in 1995. His blood alcohol level was .10. It was .16 during a 2007 incident in which he claimed Royal Oak police were out to get him.

"Then when the officer says well you're in Berkley, his response is, 'I know Royal Oak is out to get me. The police don't like me and they're probably in cahoots with you.' What kind of conspiracy theory stuff is that?" Rasor said.

A spokesperson for the Take Back Royal Oak Coalition which is backing Miller in his bid for mayor, provided a statement from the candidate saying in part:

"I was embarrassed and humiliated by my past offense and I do not deny that this happened. I have apologized for it and learned from the consequences of it. I would like to take this opportunity to apologize again to our community for the offenses that I committed in the past."

So will the resurfacing of the incidents spell trouble for Stephen Miller? We'll find out soon enough, the election is Tuesday, November 5th. 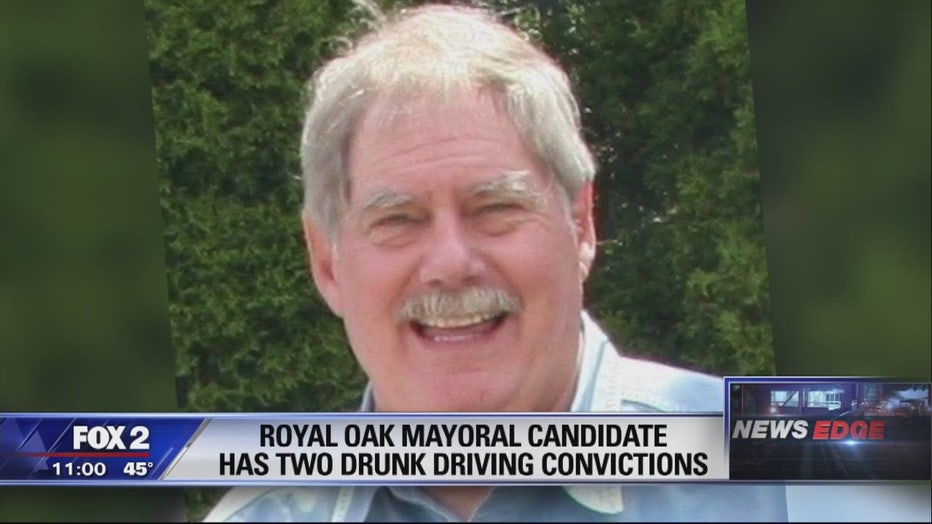