(FOX 2) - Kyle Bailey battled cystic fibrosis his entire life - all the while being an athlete fighting for air.

"It's an amazing feeling to be able to breathe," said the 35-year-old. "When I was a kid that's all I wanted to do, was be a normal person that didn't have to go to the hospital."

Kyle Bailey battled cystic fibrosis his entire life - all the while an athlete - fighting for air.

He tried his best to live a normal life, but by 2011 his lungs were failing. They were functioning at only 13 percent.

"It's comparable to breathing through a straw - or a damp washcloth, it's almost a choking effect," he said. "And it's to the point where you don't want to move most of the day."

Constantly on oxygen, Bailey waited for a double lung transplant. Then he got the call from gift of life and the University of Michigan. A young man named Salvatore Talluto had died in an accident; his lungs would save Kyle's life.

"Just to take that big deep breath - it felt endless - I felt so unstoppable after that first big breath," he said.

So unstoppable, he decided to walk and run across the state. And so grateful he honored Salvatore and raising awareness - to get people registered to become organ donors.

"I really flourished with new lungs," he said. 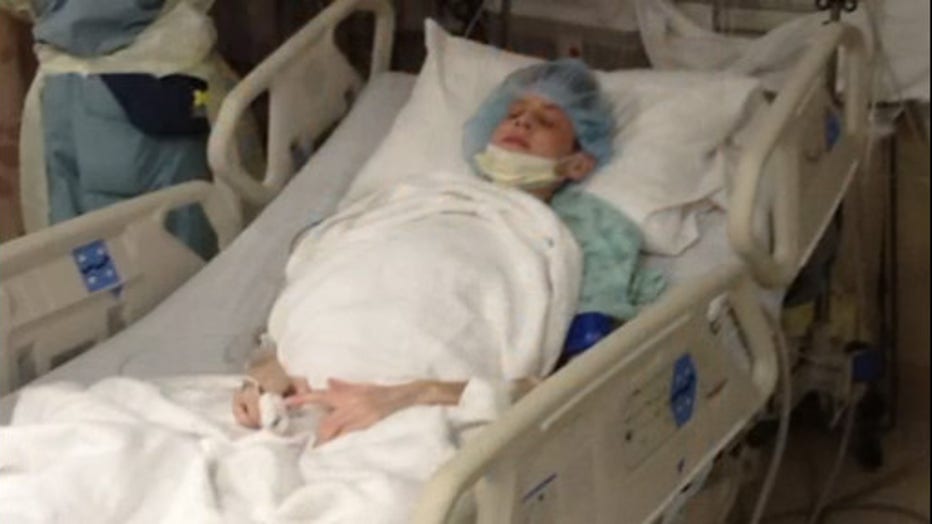 But then a few years ago another setback - his treatment over a lifetime of cystic fibrosis had damaged his liver and kidneys. He needed more organs.

"You're barely moving and basically waiting to die," he said. "There's nothing worse than suffering."

But four years ago another donor of a liver and kidney again saved Kyle's life.

"I had a liver kidney transplant, I went down to 71 pounds," he said. "I had to relearn to eat and walk again." But once he did there was no stopping him.

On his bike he went from Michigan to Florida - from the Mackinac Bridge to the Bluewater Bridge - all the while promoting organ donation.

"Being that I had two chances at the gift of life, having two donors, I took it upon myself to give back in the best way I could," he said.

And now he's giving back again as a climber and lung champion for the American Lung Association at Sunday's 14th Annual Fight for Air Climb in Detroit. It's more than 1,700 steps.

It is an event FOX 2's Ron Savage emceed every year. A volunteer firefighter, he climbed it as well. It was three years ago that we lost Ron to a heart attack - but the fight for air climb honors him each year.

Most of the more than 1,000 climbers will be at the Ally building, but the firefighters will be across the street at One Woodward climbing in full gear. It's all to help the 1.4 million people in Michigan living with lung disease. 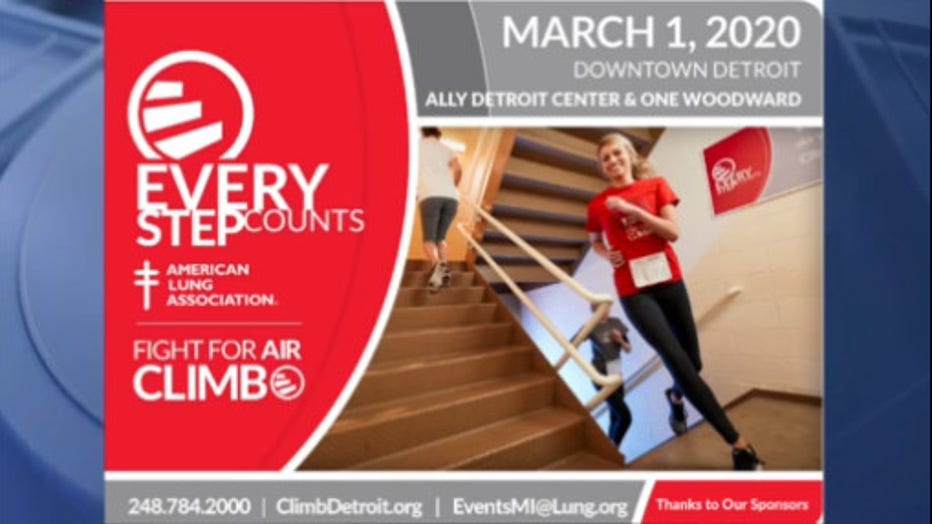 "We think of a child newly diagnosed with asthma or a loved one who could be battling COPD or pulmonary fibrosis, the list really goes on," said Maureen Rovas, executive director, American Lung Association, Michigan.

Which is why resources and research are so badly needed - and why Climb Detroit has raised more than $3.3 million and counting.

"That simple act of breathing is so important - it's something that many of us take for granted - and when really our lives are defined by breath," Rovas.