DETROIT - As thousands gear up for this year's Detroit Free Press TCF Marathon, there will be a familiar face among the runners - at least among Detroit news media.

A former Fox 2 News personality and current anchor on WWJ News, Jackie Paige will run the half marathon on Sunday. While Paige's mission has always been to lose weight, this race represents another personal goal.

"I just want to cross the finish line. I'd like to do it in pretty good time as well," said Page.

Marathon time has descended on Detroit

The Detroit Free Press Marathon is this weekend. Among the 20,000 runners will be a few familiar faces - and voices. WWJ News anchor Jackie Page will be among the runners.

Along with the Lion's game, this weekend will be a nightmare for any travelers to the motor city. It's a big race.

"We have 20,000 runners embarking on city of Detroit," said Barbara Bennage, a former race director.

Keep in mind, however, while the race starts in the morning, road closures will be coming much earlier.

"We begin to close the Lodge down going southbound at the I-75 Interchange at 3 a.m. in the morning," Bennage said. "The Detroit Windsor Tunnel will close at 6:45 a.m. and open at 10 a.m., but a lot of roads are closed. We take up about 20 miles of roads in Detroit."

For people watching or participating in the race, you may wonder where will I park. Well, there's an app for that.

"We suggest using Spot Hero. It's an app that you can download and so we have plenty of parking spots on Spot Hero that they can (use) outside of the race," said Bennage. 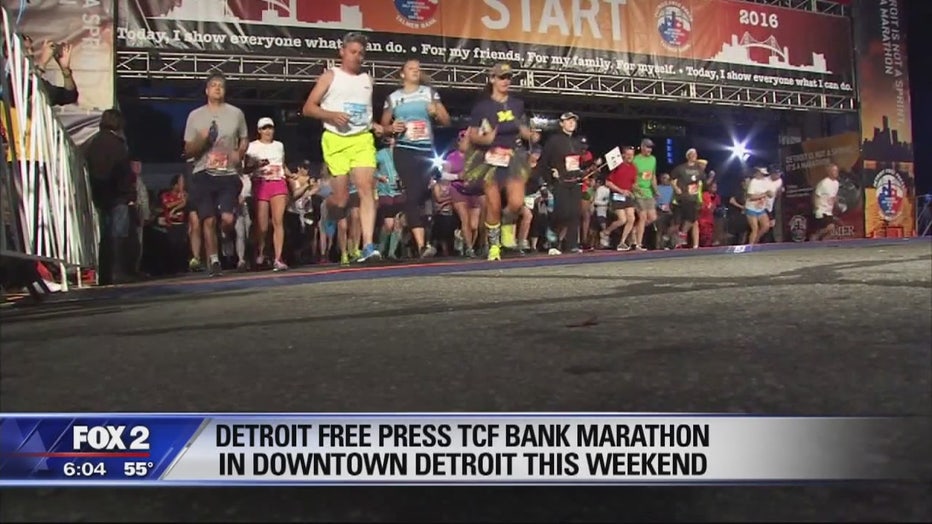