Proposal 2 is a constitutional amendment to change voting rights in the Michigan Constitution - and according to them, removes safeguards against election fraud.

FOX 2 - Three former Michigan secretaries of state have joined forces to warn voters about the dangers of Proposal 2. It is a constitutional amendment to change voting rights in the Michigan Constitution - and according to them, removes safeguards against election fraud.

Some of the Proposal 2 adjustments to voting rights would be to require up to 10 days for polls to be open, require ballot drop boxes in all municipalities, allow voting without identification, and allow voters to be mailed absentee ballots for each election. Those in support argue it allows better accessibility for all voters to cast their ballots.

Miller, Ruth Johnson, and Terri Lynn Land all served as the state's chief election officials, and they say it's crucial that they inform Michigan voters about what Prop 2 advertisements do not.

"The TV commercials are the most deceptive I've ever seen," said State Sen. Ruth Johnson (R-Holly). "They've spent a lot of money telling us that it's going to put ID in our constitution but what they forget to tell you is that there is a little 'or' are not so they name all these different IDs you can use or none at all."

The trio makes it clear that this goes against what Michiganders support.

"Seventy-nine-point-seven percent of the people in Michigan absolutely want to have photo ID," Johnson.

But officials with the Promote the Vote campaign also reiterated that Prop 2 continues the current voter ID law, therefore it is still required of those with a photo ID to show their ID to receive a ballot to vote. Voters without a photo ID must sign an affidavit to vote. It just places this in the constitution.

Politicians against the proposal say there are more red flags surrounding it.

"It puts into the constitution that when you sign one time to get an absentee ballot, you never have to ask for it again," Miller said. "It will be mailed to you forever. If you move or if you die, it will still be mailed to you."

These politicians say that opens the door for people to commit voter fraud.

"This is nothing about partisanship," Johnson said. "This should be about integrity in our elections."

Johnson, Miller, and Land who were unavailable for Tuesday's interview say supporting Prop 2 also opens the door for outsiders to influence Michigan elections.

"It allows for third-party independent operators - whoever they are - special interest groups, to finance our local elections," Miller said. "Talk about a recipe for fraud that should never happen in Michigan."

But not everyone agrees with these Secretaries of State and they want you to support Prop 2.

"Proposal 2 will make voting more secure and more accessible for Michiganders of all backgrounds," said Micheal Davis, executive director, of Promote the Vote. "Proposal 2 requires local clerks to verify the identity of absentee voters twice: First on the application for an absentee ballot or if you join the mail voter list, and second: On each absentee ballot."

But these former secretaries of state say the advertisements is a commercial and voters should be concerned about what Prop 2 is trying to get them to believe.

"When you have all three of us coming together to say this is wrong - that's saying something," Johnson said. 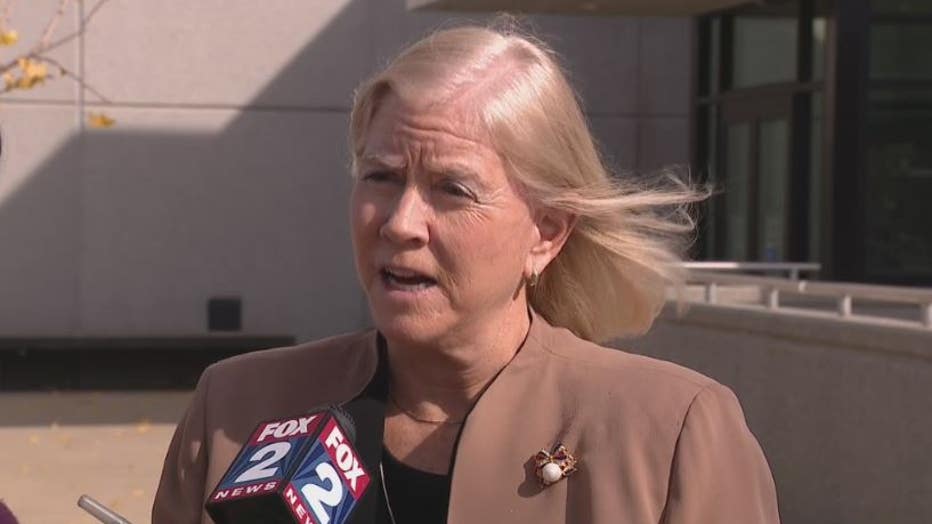