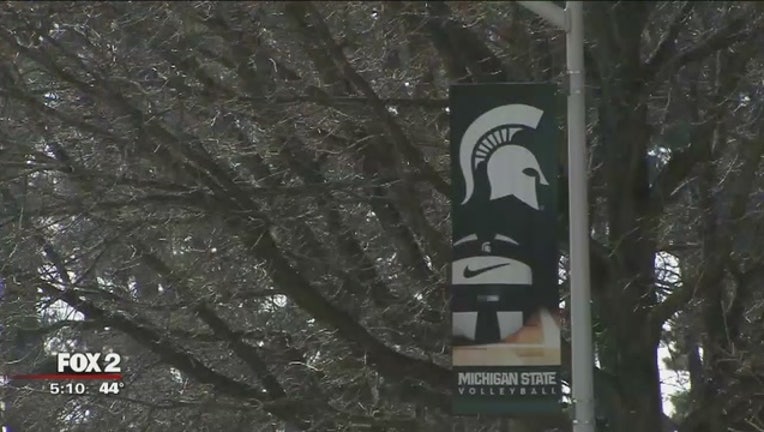 The prosecutor's office says a warrant request hasn't been sent to their office yet, nor has anything been filed in court.

This is the fourth football player at MSU to be involved in a sexual assault investigation.

In February, there players and a staff member were suspended while police investigate a separate sexual assault incident. None of the football players have been identified and none have been formally charged.

"We are aware of a sexual assault investigation in Meridian Township involving one of our players. That player was immediately suspended on Sunday from all team activities as soon as we were notified of the situation.
"We will continue to educate and enforce high standards for the program. I expect all of our players to conduct themselves in a manner that reflects the values and principles of Michigan State University. This investigation is an ongoing process. It is not appropriate at this time for me to comment further on this matter."

Football team recruiter Curtis Blackwell was the staff member suspended. He is also not currently facing any charges.

Details on either sexual assault investigation have not been given.