FOX 2 - The Butzel Long law firm filed a lawsuit Tuesday against Michigan Governor Gretchen Whitmer for five clients regarding the limits of a state’s police power.

"A declaratory and injunctive relief" is sought in violation of the constitutional rights of the businesses. The plaintiffs demand a trial by jury, according to a release.

"The lawsuit cites speculative modeling on the infectiousness and lethality of a new coronavirus, Governor Whitmer has issued executive orders that have shuttered civil society, placed 10 million people under house arrest and taken jobs away from nearly 1.2 million people, all without due process of law," the release said. "The Governor has not disclosed the data or methodology used to create the modeling that purportedly justifies this extreme action."

The five businesses named in the lawsuit are: 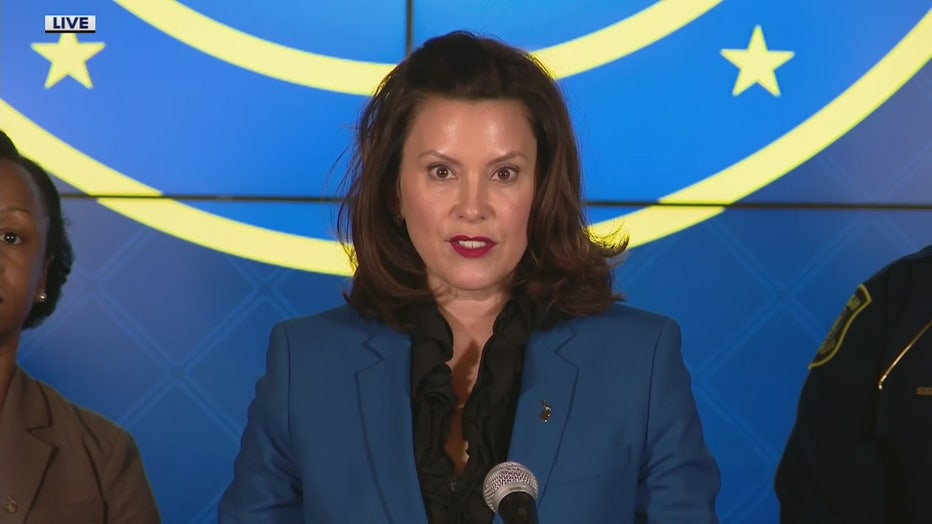 The firm said that  through Executive Order 2020-38, Whitmer suspended the Freedom of Information Act through June 4, 2020, preventing outside assessment if the modeling used to justify locking down the entire State is reliable.

"The Governor’s initial Executive Order was premised on the perceived need to 'flatten the curve' so as to avoid overwhelming the State’s hospitals and healthcare centers," the firm said. "Although the curve has been flattened, the Governor has issued stricter and confusing Executive Orders that unreasonably and unnecessarily interfere with the Plaintiffs’ constitutional rights.
Plaintiffs are affected by the Governor’s orders."

Also named in the suit is Robert Gordon, the director of the state's Department of Health and Human Services, filed by firm attorneys Daniel J. McCarthy and Joseph E. Richotte.

"Under threat of criminal penalties, they have been forced to close or significantly restrict their businesses, depriving them of their liberty and property interests without due process," according to the release. "Without offering any justification, the Governor has allowed and is still allowing, other businesses deemed “critical” to stay open, even though: (a) “critical” businesses must adhere to guid-ance from the U.S. Centers for Disease Control and Prevention (“CDC”) on social distan-cing;” and (b) Plaintiffs are fully capable of adhering to those same guide-lines if allowed to reopen."