He and his daughter immediately called the water department, which sent someone out, but they said they couldn't find any leaks.

And he's also her father - who has lived in his home on Detroit's east side for years. His water bill normally ranges from around $60 to $80 dollars.

"The first high bill I was totally shocked," said Sanquise.

He and his daughter immediately called the water department, which sent someone out, but they said they couldn't find any leaks.

"I kept asking him - is there a leak somewhere - he said no," Sanquise said.

But in April came the same situation with another $2,000 for 183,000 gallons of water. Detroit Water and Sewerage came back out and replaced the meter.

"One hundred and eighty thousand gallons of water in a month's time - I can't believe it," she said. "It's unreal. They told me there was nothing wrong with that meter - I said - 'There's got to be something wrong.'"

Jackson says her father's bill is back to normal now - and she's not paying thousands of dollars for water he didn't use.

"There's no way he can pay it - he's a senior citizen on a fixed income," Sanquise said. "I don't know if this bill is real, is it computer error? How are you getting these numbers?"

"We did test the meter - the meter was functioning - what we can do - we'll do another audit on the meter readings and we'll also refer them to Wayne Metro so that they can get enrolled in the lifeline plan," said Bryan Peckinpaugh.

That will provide relief on the current balance and lower payments going forward.

Peckinpaugh, the Detroit Water and Sewerage spokesman, says their meters measure the water going from the main into a home.

"A meter sends readings electronically - we use wifi- so it sends it from the house - we don't change the meter readings - they come directly from the meter inside the house," he said. "There may have been a running toilet at night - he wasn't aware of it - and the water was running continuously."

But Sanquise Jackson isn't buying it - she's convinced it was the meter.

Peckinpaugh says they've already tested it - but they'll inspect it again. In the meantime he cautions everyone to make sure toilets aren't running after use and monitor your water usage through the customer service portal on the department's website, HERE. 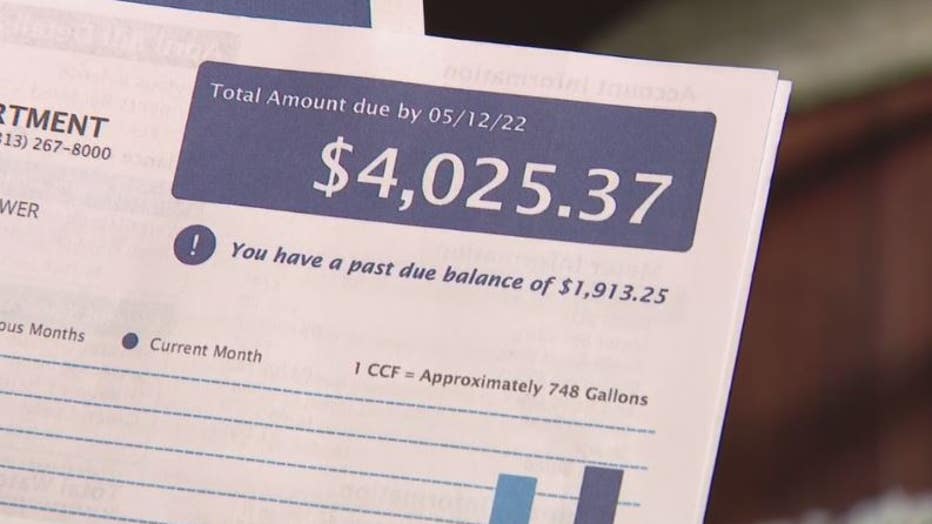