World War II veteran Herb Elfring is 99 years old - but you wouldn't know it from talking to him. He says he is happy he was able to make the trip back to Pearl Harbor one more time for today's ceremony.

FOX 2 - World War II veteran Herb Elfring is 99 years old - but you wouldn't know it from talking to him. He says he is happy he was able to make the trip back to Pearl Harbor one more time.

"I have conversation and somebody might say " I was in World War II and the immediate response might be 'Well, so what - so was I," Elfring quipped.

Herb Elfring says as time goes on - that common moment has become rare. That's why returning to Pearl Harbor on the 80th anniversary of the attack meant even more to him.

Only about 30 surviving World War II vets were able to make it back for the memorial ceremony held on the USS Arizona - the site of the bombing that killed 1,100 and led to the involvement of the US in World War II.

"It is overwhelming to be physically and mentally able to come back after all this time, you know, my oldest daughter being a flight attendant for United Airlines, has made it very easy to come back," he joked.

A light-hearted moment, but the former Army private admits on December 7th, 1941 - he came very close to being killed in the aerial assault - 15 feet to be exact.

"I could hear this plane coming, I didn’t pay too much attention to it, and then I heard the bullets striking the pavement as they went by me, and I looked up and saw this plane, it had red ball on the goose and I said 'That’s a Japanese plane – what’s happening?'"

The next thing he knew his camp was under attack.

"It all happened so quick," he said. "You know, the attack itself only lasted a couple hours."

Herb - who lives in Jackson has returned to Hawaii 10 times to remember those who lost their lives in the attack.

He was in the Army assigned to the 251st Coast Artillery. That part of the California National Guard was the first to be activated before the war. Herb believes out of his entire National Guard regiment - he is the last surviving member.

But he'll always be part of the greatest generation. 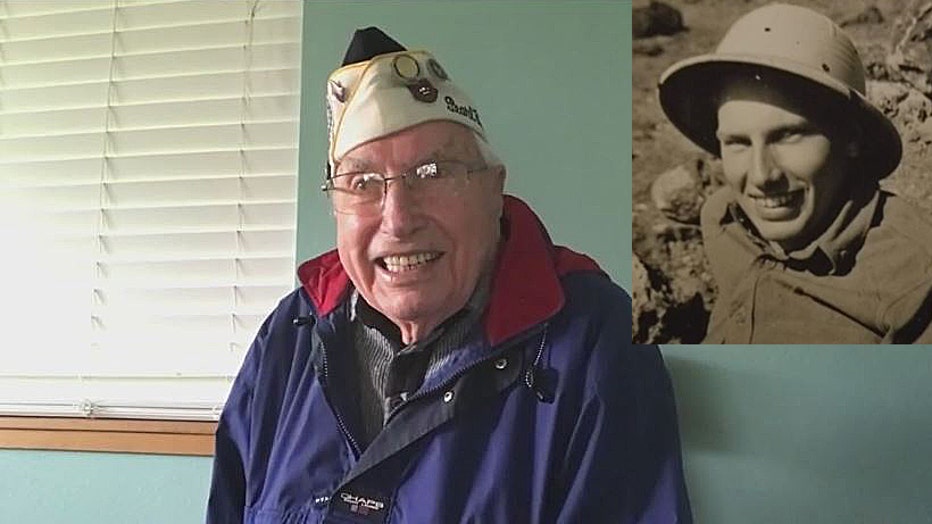 "I guess when you are young like that and you are involved in something, you just do it you don’t think too much about it," he said.

Herb says if he is still around and healthy enough, he'll be back for next year's ceremony when he'll be 100 years old.