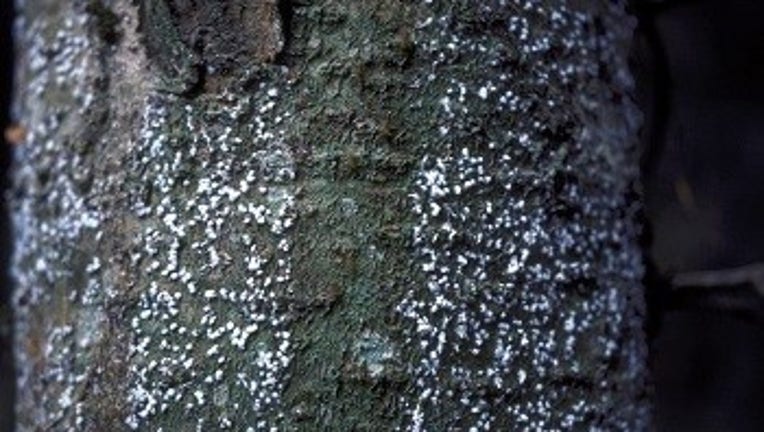 ROCKFORD, Mich. - An invasive bug that could threaten Michigan's Christmas tree industry has been discovered in the western part of the state.

The Michigan Department of Agriculture and Rural Development said Monday it had confirmed the presence of the balsam woolly adelgid near Rockford in Kent County.

A homeowner noticed several Fraser firs in their yard were declining and contacted an arborist, who spotted the infestation and alerted the state, the agency said.

It's unclear how the bug reached Michigan or how long it's been in the state.

"Human movement is one of the most common ways non-native species spread. When traveling, remember to leave firewood at home and buy it locally at your destination," said Rob Miller, an invasive species prevention and specialist for MDARD.

"This invasive insect is a threat to the nearly 1.9 billion balsam fir trees in Michigan's forests," Miller said in a news release. "... As the third-largest Christmas tree-growing state in the country, Michigan produces nearly 13.5 million fir trees each year."